The "U.S. government continues preparing for a military intervention in Venezuela" and is "using an alleged humanitarian crisis and the need to relieve it as a pretext," Rodriguez told reporters at a press conference.

Rodriguez repeated recent warnings by Cuban President Miguel Diaz-Canel of the "economic, military, social and humanitarian consequences of a U.S. military venture" and its destabilizing effect on all of Latin America.

According to the minister, Washington is following a "script" that "has been previously used in other parts of the world, with severe consequences."

"Cuba calls on the international community to overcome political differences to act in defense of peace and prevent a military intervention in Venezuela through joint effort," Rodriguez added.

The power struggle between Venezuela's ruling socialist party and opposition groups deepened last month after Juan Guaido, who is also the head of the National Assembly, proclaimed himself "interim president."

Guaido, who was immediately recognized by the White House and its allies, has announced the opposition will take delivery of U.S. aid on Feb. 23, despite government objections. The challenge sets a deadline for a potential clash between supporters and opponents of the government.

On Monday, U.S. President Donald Trump gave a speech to the Venezuelan American community in Miami, Florida, in which he lambasted Venezuela's socialist government and said the days of leftist governments in the Western Hemisphere, including Nicaragua and Cuba, are coming to an end. 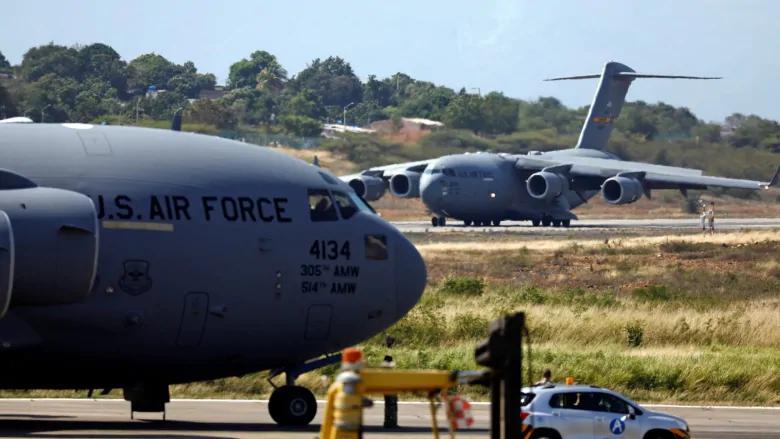