DHAKA, Feb. 21 (Xinhua) -- Death toll from the building fire in an old part of Bangladesh capital Dhaka has risen to 69 with scores others injured, local fire service officials said Thursday.

Mahfuz Riven, a duty officer of the Fire Service and Civil Defence in Dhaka, told Xinhua that "We have so far recovered the bodies of 69 people."

Many of the injured who suffered severe burn injuries were taken to hospitals.

The devastating fire broke out at around 11:00 p.m. local time on Wednesday following the explosion of a gas cylinder and it soon spread to some five to six houses in the congested Chawkbazar residential area of the old part of the Dhaka city.

A total of 37 units of the Fire Service and Civil Defence have been working to extinguish the flames, the official said.

In Bangladesh, poorly constructed buildings have long been the source of various accidents, resulting in the death of hundreds.

This has been the second major fire to strike the capital in some nine years after a building fire killed at least 124 people in the city in 2010. 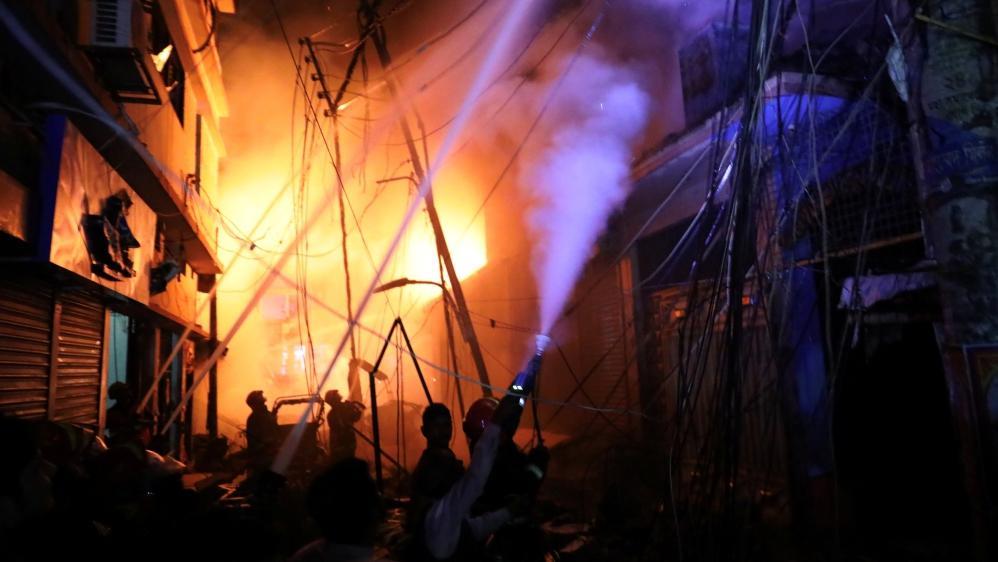