SEOUL, Feb. 21 (CGTN) -- Samsung Electronics Co., Ltd. on Wednesday unveiled a nearly 2,000-U.S.-dollar folding smartphone in a bid to break the innovation funk that has beset the smartphone market and reignite consumer interest in a massive consumer electronics category that had its worst sales ever last year.

The Galaxy Fold will go on sale for 1,980 U.S. dollars on April 26 and take advantage of new and faster 5G mobile networks. The device looks similar to a conventional smartphone, but then opens like a book to reveal a display the size of a small tablet at 7.3 inches (18.5 cm).

When fully unfolded, the device will be able to simultaneously run three different apps on the screen. The Galaxy Fold will also boast six cameras: three in the back, two on the inside and one on the front.

The device "answers skeptics who said that everything that could be done has been done," DJ Koh, chief executive of Samsung Electronics, said at an event in San Francisco. "We are here to prove them wrong."

With the foldable phone, Samsung is trying to take the technology lead on two fronts in the smartphone race: offering an eye-catching new feature with the big, bending screen and the first 5G connection in a premium phone, a feature analysts do not expect Apple to match until 2020.

It also challenges the notion of what a phone can cost, debuting at nearly twice the price of current top-of-the-line models from Apple and Samsung itself.

Patrick Moorhead, founder of Moor Insights & Strategy, said the new folding device could help Samsung stay at the top and lure consumers to upgrade devices that have looked largely the same over the past five years.

"Samsung and Apple go back and forth" to lead the premium smartphone market, Moorhead said. "I think this is Samsung's chance to take back the innovation crown."

Samsung also introduced several accessories to compete against Apple, including a pair of wireless headphones called Galaxy Buds. The headphones include wireless charging, a feature that Apple has promised to put into its competing AirPods but has not yet released.

Samsung also said that its new Galaxy phones will be able to wirelessly charge its headphones and new smartwatches by setting the accessories on the back of the phone.

Samsung said it had developed new manufacturing processes for the phone's hinge and flexible display to tolerate opening and closing hundreds of thousands of times. 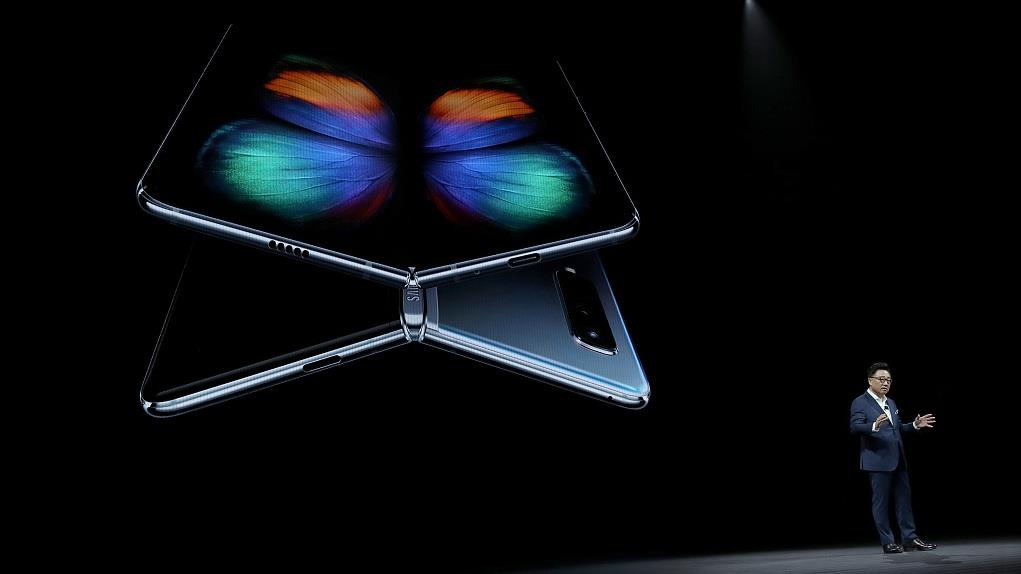 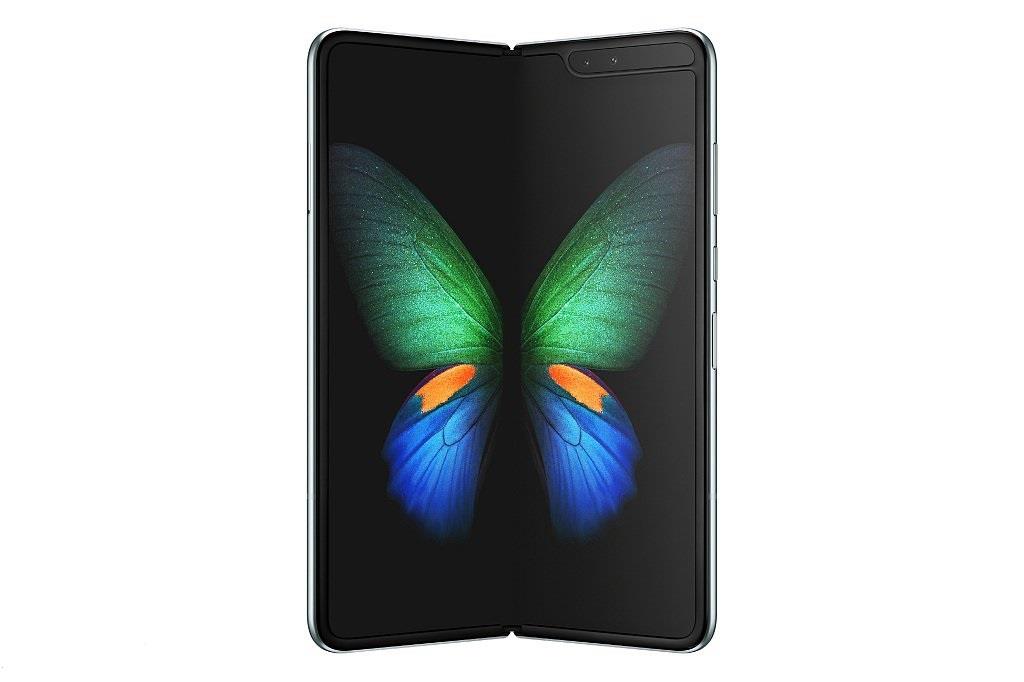 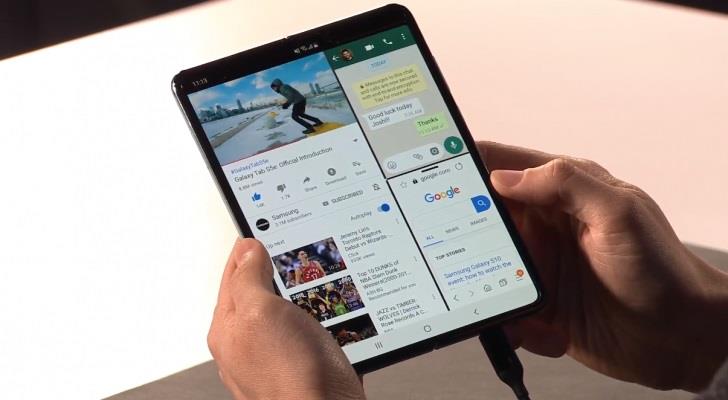