CARACAS, March 11 (Xinhua) -- The Venezuelan government on Monday ordered schools and government offices to remain closed for a third day amid a prolonged blackout.

Work and school activity would be suspended through Tuesday due to the power outage that began Thursday, Communications Minister Jorge Rodriguez said.

Schools and offices were closed Friday and Monday.

All classes, from pre-school through university, were to be canceled.

The government, which is locked in an ongoing power struggle with the U.S.-backed right-wing opposition, said the national energy infrastructure is being sabotaged.

Since power was knocked out a little before 5 p.m. (2100 GMT) Thursday, "we have seen five criminal attacks against the Venezuelan electricity system," said Rodriguez.

On Friday, as the national electric company was working to restore power, a second attack again damaged the system, he said.

Rodriguez called on the population to remain calm and limit the use of electricity, which officials has been successfully restored intermittently to certain areas.

He also praised "the strength, tenacity and bravery" of Venezuelans throughout the ordeal.

Earlier in the day, the government announced four measures to ensure the supply of vital services, such as healthcare, water and food deliveries, despite the power outage.

Hospitals and clinics have been running on emergency generators, and plans were being made to supply households with water via tanker trucks if necessary, officials said. 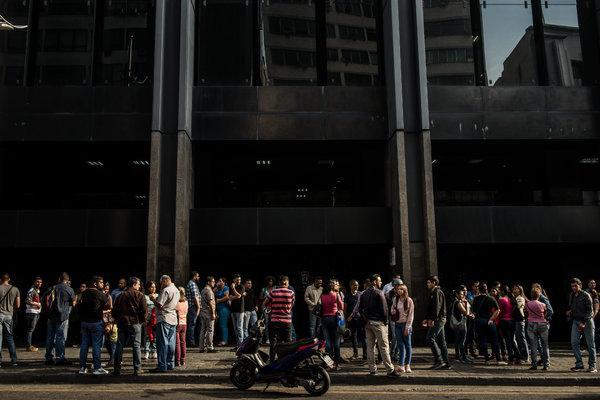