"Thus far, our review shows no systemic performance issues and provides no basis to order grounding the aircraft. Nor have other civil aviation authorities provided data to us that would warrant action," the FAA said in a statement.

The statement reinforced the FAA's confidence for the questioned crashes of two Boeing Max 8 planes on Sunday and in October, 2018 after issuing a continued airworthiness certificate for the model on Monday.

The move put the United States among a shrinking list of countries willing to stand by Boeing in light of the fatal crashes that killed hundreds of people, as aviation regulators of China, Indonesia, Singapore, Australia, the European Union, India have grounded the aircraft, so have Ethiopian Airlines, Comair Airways, Cayman Airways, Aerolineas Argentinas, Aeromexico, Gol Airlines, Royal Air Maroc.

U.S. lawmakers across the aisle, experts and industry associations have joined in unison to call for the grounding of the model, urging the FAA to join other aviation regulators in prioritizing safety.

"In light of the decisions of regulatory agencies across the world to ground the Model 737 Max, I believe it would be prudent for the United States likewise to temporarily ground 737 Max aircraft until the FAA confirms the safety of these aircraft & their passengers," Cruz said, pledging to hold a congressional hearing to investigate the crashes.

According to the FAA, currently 74 Boeing 737 Max 8 is operated by U.S. carriers, mostly by United Airlines, American Airlines and Southwest Airlines.

A 737 MAX 8 plane of Ethiopian Airlines crashed Sunday morning, killing all 157 passengers and crew members on board.
The plane crash was the second fatal incident involving the same model in five months. 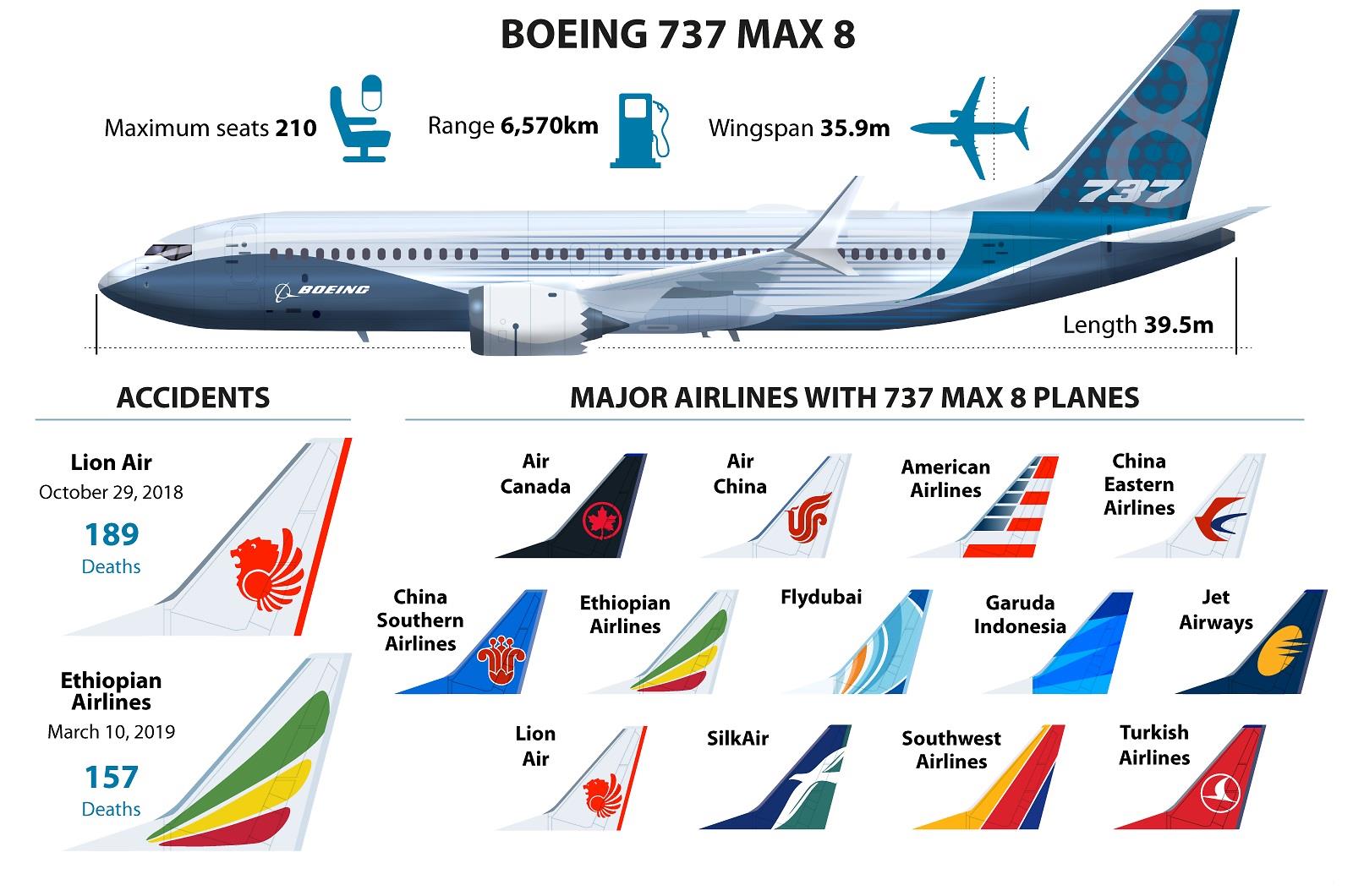