U.S. Warship Quarantined at Sea for Months in Gulf due to Virus Outbreak

WASHINGTON, March 15 (Xinhua) -- A U.S. warship has been quarantined at sea for more than two months due to a viral infection outbreak when it was operating in the Gulf region, media have reported with confirmation from the U.S. military.

The U.S. military said in a statement sent to media that 25 sailors and soldiers aboard the Whidbey Island-class amphibious dock landing ship USS Fort McHenry had been infected with parotitis, a viral disease that could cause symptoms similar to mumps, and 24 of the infected have returned to duty as of now.

The statement also indicated that none of the cases are life-threatening and all have "either already made or are expected to make a full recovery."

The first case of infection was detected on Dec. 22, ten days after the ship's deployment on Dec. 12, with the most recent case reported on March 9.

All 703 military personnel aboard the ship have received measles, mumps and rubella booster vaccinations, CNN reported, quoting information from the U.S. Navy's Fifth Fleet, adding that a military medical team is expected to be deployed in the coming days to make an assessment if further measures are needed.

Even though only a small portion of the crew has been affected by the virus, Fort McHenry still made some modifications to its training schedule so as to deal with the impact of the outbreak.

According to reports from the U.S. Navy, the ship made its latest port call in Romania on Jan. 7 when it was in the Black Sea before traveling back through the Mediterranean and to the Middle East. 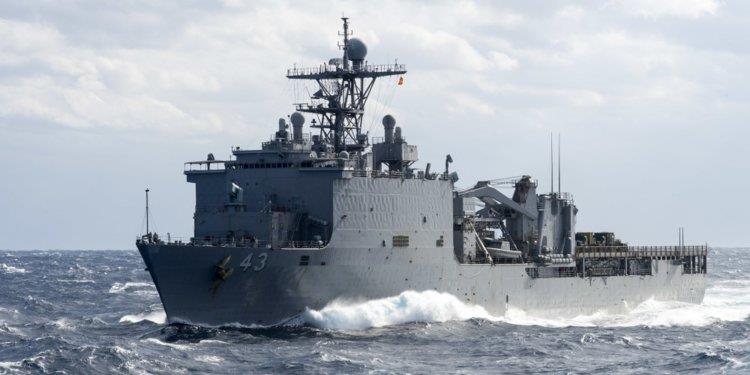