ROK: DPRK, U.S. Do Not Want to Go Back to Past Tension

SEOUL, March 18 (CGTN) -- Both the Democratic People's Republic of Korea (DPRK) and the United States did not want to go back to the past confrontation and tension, Republic of Korea's (ROK) Blue House presidential office said Sunday.

A senior Blue House official, who declined to be identified told local reporters that the DPRK and the U.S. all did "never" want to go back to the past confrontation and tension, a situation before 2017.

Both Pyongyang and Washington saw that they had moved forward so deeply that it would actually be hard to go back to the past, the Blue House said, confirming the senior official's background briefing.

DPRK leader Kim Jong Un and U.S. President Donald Trump held their second summit in late February in the Vietnamese capital of Hanoi, but it ended with no agreement.

The Blue House official noted that though Kim and Trump failed to reach an agreement in Hanoi, both Pyongyang and Washington made clear their willingness to continue diplomacy and negotiations. 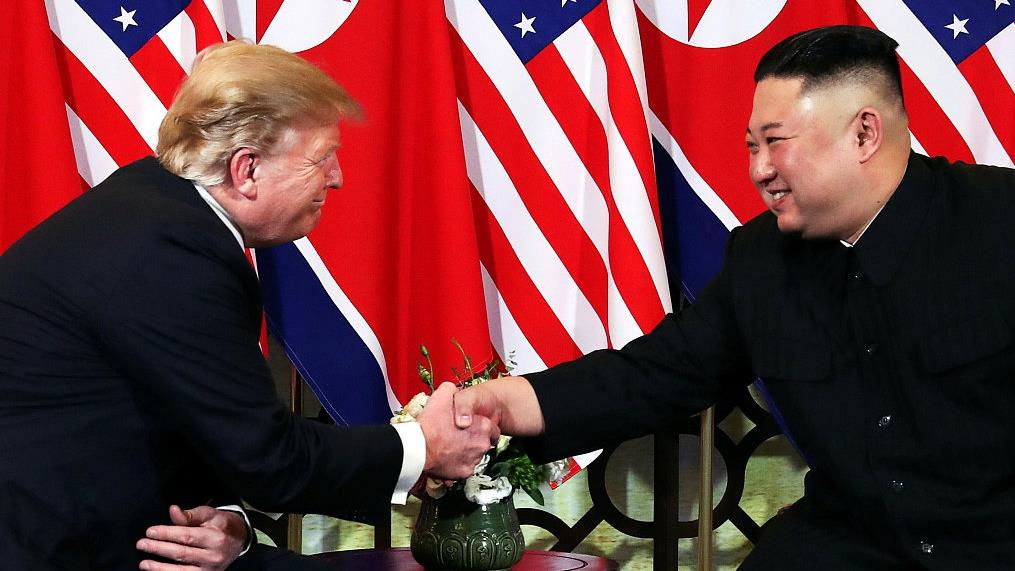