HANOI, March 19 (Xinhua) -- In Vietnam's rural areas, more than 80 percent of waste and almost all of the containers used for pesticides are not collected for proper treatment, local media reported on Tuesday.

According to the Vietnamese Ministry of Natural Resources and Environment, over 13 million tons of waste and about 7,500 tons of pesticide containers are discarded in the rural areas each year, but most of them are discharged directly into the environment, resulting in serious environmental problems, daily newspaper Vietnam News reported.

Waste collection and treatment in rural areas is limited, according to a study led by Tran Ngoc Ngoan, director of the Institute of Human Geography under the Vietnam Academy of Social Sciences. "Most of the waste from rural areas is dumped or burnt," he said.

Families in rural areas are used to throwing their waste into their gardens, or else joining with other families to pay someone to collect rubbish and deposit it in a public place, such as a roadside or along a canal.

More than 60 million people, accounting for about 73 percent of Vietnam's population, are living in rural areas.

The study also pointed out that Vietnam's 314.7 million poultry and 37 million cattle discharge about 84.5 million tons of waste per year. About half of the livestock waste is treated, while the other half is discharged into the environment in its raw form. 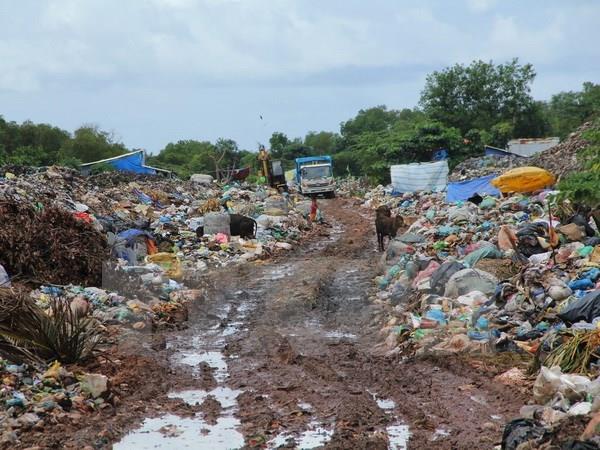