DUBAI, March 19 (Xinhua) -- Hollywood celebrities continue to seek a slice of Dubai action and this time it's global superstar Jackie Chan who is back in the emirate to film another movie.

Chan with director Stanley Tong is in Dubai to shoot Vanguard, an action film that follows the head of a private Chinese security agency (Chan), who teams up with Dubai officials to stop the criminals.

"We've been travelling around, every day, we're looking at the building, the construction, whatever I can use [for] explosion, car chasing. At this moment, I was walking around the studio, and the studios are very good - and very clean, very organised," local daily Gulf News quoted Chan as saying.

"After 'Kung Fu Yoga', I go back, I tell all my friends, all the directors, you should film in Dubai... When you film here, you're comfortable, the police help, the government helps. You just [don't have to] worry about it," he said.

Vanguard's cast includes international actors as well as UAE-based actors. The crew have been shooting around Dubai for the past three weeks with one more week left to go.

Producer Ammar Al Khrisat described the 64-year-old movie icon as down-to-earth. "He is always with his crew - he prefers his crew to go and eat before him. As a person, he's very humble," Gulf News quoted Al Khrisat as saying. 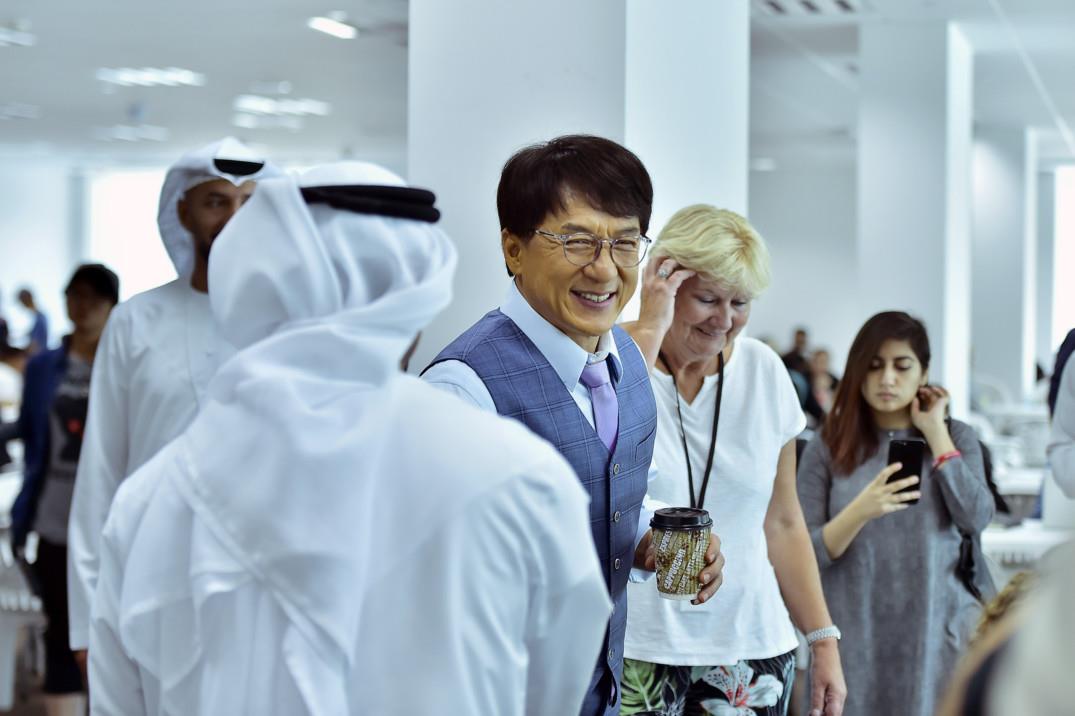