DUBAI, March 20 (CGTN) -- Eleven Arab states, including the United Arab Emirates (UAE), on Tuesday, set up the first Arab space organization, whose first project will be developing a satellite to monitor environmental and climate changes.

Sheikh Mohammed bin Rashid al Maktoum, UAE vice president and ruler of Dubai, attended the ceremony of signing the charter for the Arab Group for Space Collaboration, held on the opening day of Global Space Congress in Abu Dhabi.

Sheikh Mohammed said the group's first project would be developing a satellite named as 813, the year the House of Wisdom in Baghdad reached the height of its reputation. The satellite will be developed in the UAE.

He noted that the House brought together scientists and translated books of knowledge, and became a place for the region to unleash its scientific energy.

The Global Space Congress held on March 19-21, is one of the key events bringing together space sector leaders of the Middle East and North Africa region.

The UAE cabinet on March 11 adopted the National Space Strategy 2030, which includes 36 objectives and 119 initiatives benefiting more than 85 entities in the UAE.

The strategy is seen as the general framework for UAE's space industry and activities until 2030. 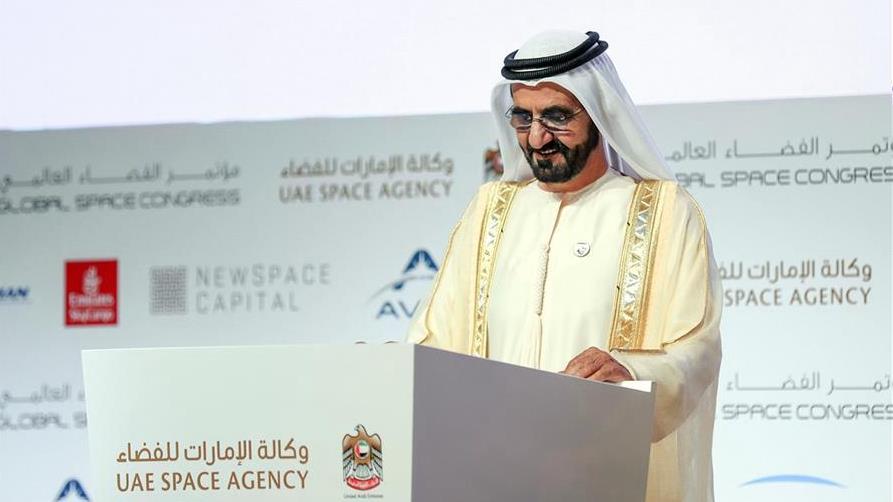