WASHINGTON, March 22 (Xinhua) -- The U.S. Department of the Treasury on Friday slapped sanctions on Venezuelan Economic and Social Development Bank (BANDES) and on four other financial institutions BANDES owns or controls, over an alleged arrest of an aide of the country's opposition leader.

Treasury Secretary Steven Mnuchin said in a statement that the government of Venezuelan President Nicolas Maduro has "transformed BANDES and its subsidiaries into vehicles to move funds abroad in an attempt to prop up Maduro," hence distorting the original purpose of the bank.

He added that Caracas' arrest of Roberto Marrero, an aide of the Venezuelan opposition leader Juan Guaido, will not be tolerated, noting that the nation's "political prisoners must be released immediately."

As a result of the sanctions, all property of those entities that are in the United States would be blocked. Also, U.S. persons are generally prohibited from all dealings that involve any property of theirs.

The White House also said in a separate statement that the United States "will continue to take steps to pressure Maduro, his regime, and those who support him, until they step out of the way."

The State Department said on the same day that "the U.S. government today determined that persons operating in Venezuela's financial sector could be subject to sanctions."

Earlier on Thursday, U.S. National Security Advisor John Bolton criticized via Twitter the reported arrest of Marrero, saying that the arrest "will not go unanswered."

The Trump administration recognized Guaido as Venezuela's "interim president" on Jan. 23, days after Maduro was inaugurated for a second term as Venezuelan president.

In response, Maduro severed "diplomatic and political" ties with the United States. 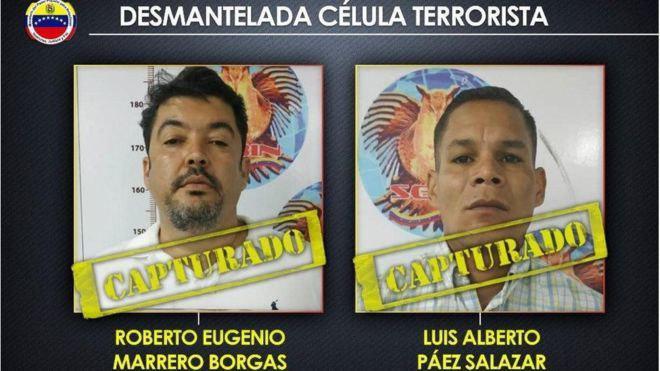