26 Killed after Tour Bus Burst into Flames in Central China

The accident occurred at around 7:15 p.m. local time on the Changsha-Changde Expressway with a total of 56 passengers on board.

All the injured have been taken to hospitals nearby for treatment.

Two drivers are custody and the probe into the cause of the incident is underway. 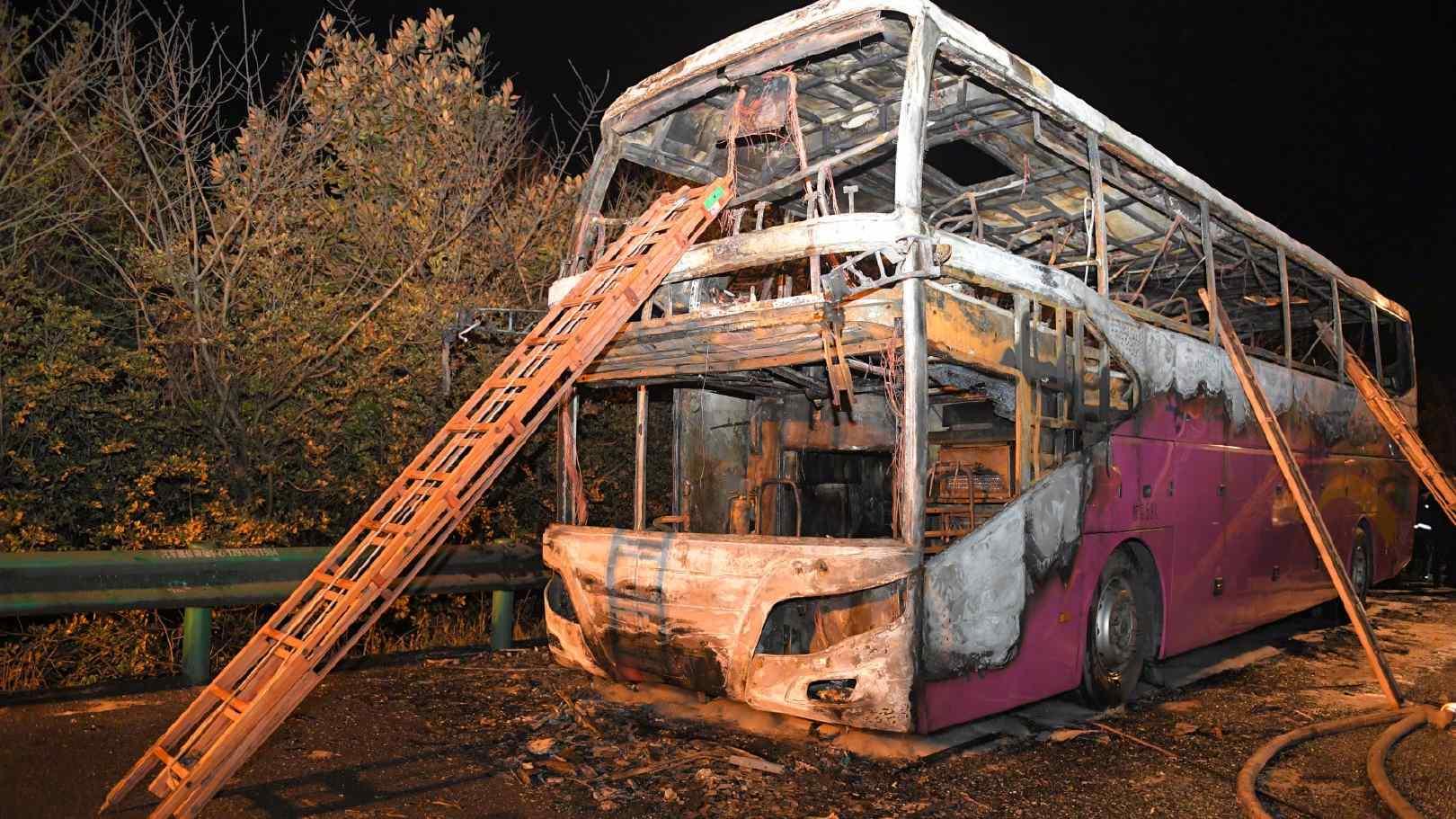