"The Special Counsel's investigation did not find that the Trump campaign or anyone associated with it conspired or coordinated with Russia in its efforts to influence the 2016 U.S. presidential election," Barr said in a letter to the House and Senate Judiciary Committees.

"The investigation did not establish that members of the Trump Campaign conspired with the Russian government in its election interference activities," Barr wrote, quoting the confidential report submitted by Mueller on Friday.

Barr's letter was a summary of what he called the "principal conclusions" of Mueller's nearly two-year investigation into alleged Russian interference in the 2016 U.S. presidential election.

According to the letter, the Mueller report did not reach a conclusion as to whether Trump had obstructed justice, stating that it "does not conclude that the President committed a crime, it also does not exonerate him."

Barr said Mueller's "decision to describe the facts of his obstruction investigation without reaching any legal conclusions" leaves it to him to determine whether Trump's examined conduct described in the special counsel's report "constitutes a crime."

The attorney general added that he and Deputy Attorney General Rod Rosenstein determined "that the evidence developed during the Special Counsel's investigation is not sufficient to establish that the President committed an obstruction-of-justice offense."

Trump, who has spent his weekend at his private club in the state of Florida, touted Barr's summary as "a complete exoneration," while lashing out at Mueller's investigation that has shadowed his presidency.

"This was an illegal takedown that failed and hopefully somebody is going to be looking at the other side," he told reporters Sunday before boarding Air Force One to return to Washington D.C.

The top Democrat on the House Judiciary Committee on Sunday insisted that Mueller's report does not exonerate the president.

Judiciary panel Chairman Jerry Nadler tweeted that Trump "may have acted to obstruct justice, but that for an obstruction conviction, 'the government would need to proved beyond a reasonable doubt that a person, acting with corrupt intent, engaged in obstructive conduct.'"

In another tweet, Nadler said his panel will call Barr to testify in near future "in light of the very concerning discrepancies and final decision making at the Justice Department following the Special Counsel report." 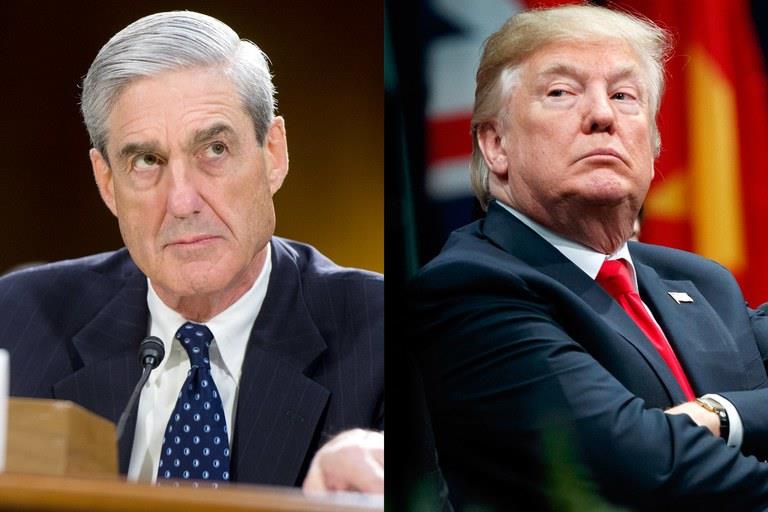