XIANGSHUI, Jiangsu, March 25 (Xinhua) -- The death toll from an explosion in a chemical plant in east China's Jiangsu Province has risen to 78 as of Monday afternoon, authorities said.

Among the dead, 56 people have been identified, according to Cao.

Of the 28 missing persons previously reported, 25 have been confirmed dead and another three have been found.

Cao said Saturday that the people reported as missing could possibly be among the victims whose identifications had yet been verified.

The explosion happened at about 2:48 p.m. Thursday following a fire that broke out in a plant owned by Jiangsu Tianjiayi Chemical Co. Ltd., in a chemical industrial park in Xiangshui County in Yancheng. 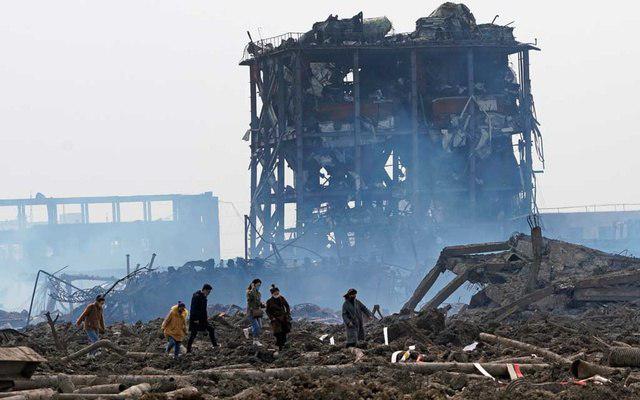