The move came a day after the country's central hydroelectric plant at the Guri Dam in southeastern Venezuela suffered at least two new attacks, knocking out power across several regions, according to the official.

"The government has, from the moment of the attacks, deployed all its efforts to restore electricity service as soon as possible throughout the country," Rodriguez said.

He also posted photographs on Twitter of the purported Monday night arson attack on the Guri plant, showing part of the facility engulfed in flames.

"The criminals started a fire at Guri's 765 kVA (kilo-volt-amp) patio with the vicious intent to definitively damage the generation and transmission of electricity," Rodriguez said.

A large portion of the country, including the capital Caracas, was left without power as of 10 p.m. local time (0200 GMT on Tuesday).

Venezuela suffered its worst blackout earlier this month, when a power outage plunged nearly the entire country in darkness for about five days, and temporarily shuttered schools and offices.

Officials have blamed the blackouts on sabotage by U.S.-backed right-wing extremists trying to undermine the government.

"The ambition of the right wing knows no bounds," he said.

"Firefighters fought the fire all night until they were able to put it out completely at 8:45 a.m. today on Tuesday (1245 GMT)," he added.

"We will defeat this electricity war with the immense power that we as a country have accumulated in our struggle against scurrilous empires and their local lackeys," said Rodriguez.

Monday night's fire was preceded by an attack earlier in the day that briefly caused a power outage. 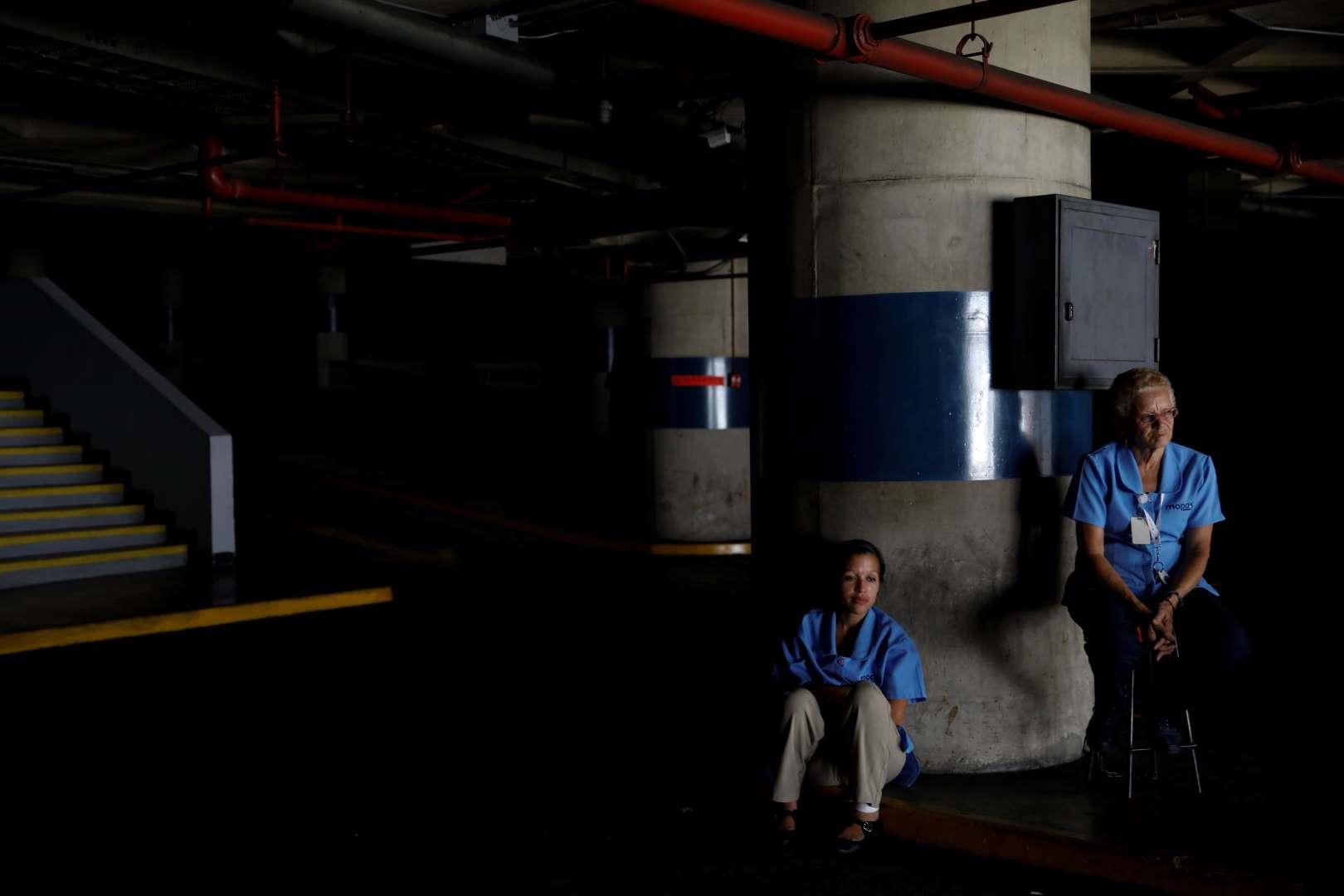