Some 35 nationalities were among the 157 passengers and crew who died when the new Boeing 737 MAX 8 plane crashed just six minutes after take-off from the capital Addis Ababa in clear conditions.

The March 10 disaster was the second crash of a MAX 8 in five months and has prompted the worldwide grounding of Boeing's best-selling plane.

The Federal Aviation Administration (FAA) said late on Wednesday it is launching a new review of the safety of the now-grounded Boeing 737 MAX that will be headed by a former top U.S. safety official.

The FAA said it is establishing a Joint Authorities Technical Review "to ensure the safety of the Boeing 737 MAX" and scrutinize an anti-stall software that's been questioned in two fatal crashes since October.

The review will be chaired by former National Transportation Safety Board chairman Christopher Hart "and comprised of a team of experts from the FAA, NASA, and international aviation authorities."

The FAA said the group "will conduct a comprehensive review of the certification of the automated flight control system on the Boeing 737 MAX aircraft" and "evaluate aspects of the 737 MAX automated flight control system, including its design and pilots' interaction with the system, to determine its compliance with all applicable regulations and to identify future enhancements that might be needed."

An FAA official said the review was independent of the agency's timetable for deciding when to allow the 737 MAX back into service.

The review comes two days after the FAA and Boeing signaled the planes may be grounded for longer than previously thought.

Boeing said last week that it was reprogramming software on its 737 MAX passenger jet to prevent erroneous data from triggering an anti-stall system that is under mounting scrutiny following the two deadly nose-down crashes.

The world's largest planemaker said the anti-stall system, which is believed to have repeatedly forced the nose lower in the Indonesia accident, would only do so one time after sensing a problem, giving pilots more control. Boeing said on Monday it will submit the software upgrade to the FAA in the "coming weeks."

On Tuesday, the U.S. Senate Commerce Committee said it was investigating claims by a number of whistleblowers that aviation safety inspectors, including some who worked to evaluate the now-grounded Boeing 737 MAX, were not properly trained or certified.

Federal prosecutors aided by the FBI, the Transportation Department inspector general's office and a blue ribbon panel to be named by Transportation Secretary Elaine Chao are also reviewing the plane's certification.

The FAA has for decades delegated some certification duties to Boeing and other manufacturers.

"Given the many serious questions surrounding the Boeing 737 MAX and the FAA's certification process, it has become abundantly clear that an independent body must be able to review every step of the process and help restore public confidence ... well before the MAX is allowed to be restored to service," DeFazio said in a statement. 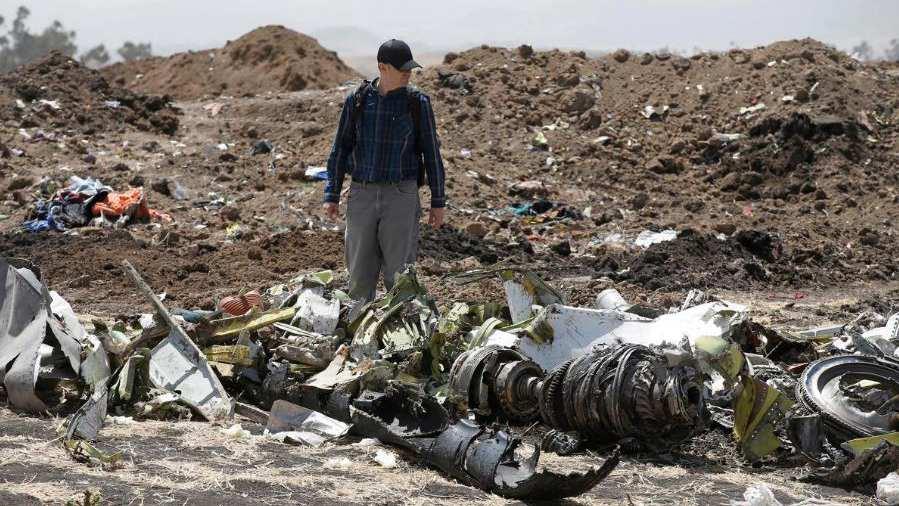