Moran is currently the Navy's vice chief, according to a press release. If confirmed by the Senate, he would take over from Admiral John Richardson, who is retiring.

"I'm honored and deeply humbled by the nomination and look forward to working with Congress during the confirmation process," Moran said in a statement.

As the vice chief of naval operations since May 31, 2016, Moran has worked to increase fleet readiness and personnel reform.

Prior to that, Moran, a former naval aviator, has served as the chief of naval personnel since 2013.

The Pentagon also said Thursday that Trump has nominated Vice Admiral Robert Burke to be the Navy's new vice chief.

A submariner with experience on both attack and nuclear-armed vessels, Burke is currently serving as the deputy chief of naval operations for manpower, personnel, training and education. 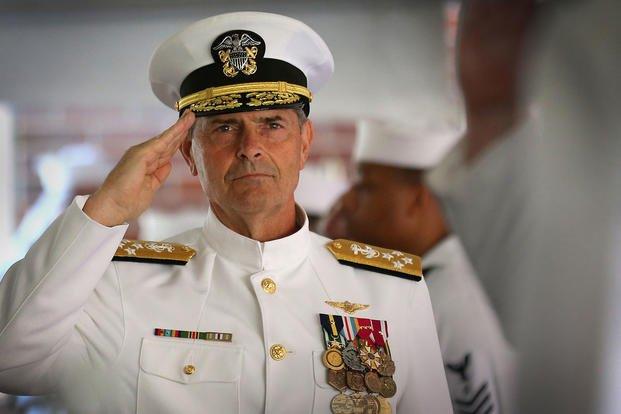