RAMALLAH, April 16 (Xinhua) -- Britain and the European Union on Tuesday expressed welcome to the formation of the 18th Palestinian government since the establishment of the Palestinian Authority in 1995.

In a statement, British Consul General to Jerusalem Philip Hall sent his congratulations to new Palestinian Prime Minister Mohammed Ishtaye on the formation of his government.

"I wish them every success in their new roles," Hall said.

"The UK looks forward to continuing its close partnership with the Palestinian Authority across a wide range of issues, among them the new government's priorities of reuniting the West Bank and Gaza Strip, strengthening democracy and building a strong economy for the Palestinian people," he added.

Also on Tuesday, Shadi Othman, spokesman of the EU Commission in Jerusalem, told the official Palestinian radio station Voice of Palestine that the EU will continue to work with the Palestinian government as it did in the past.

As the largest supporter of the Palestinian Authority, the EU provides more than 300 million euros (339 million U.S. dollars) annually for various projects.

The 18th Palestinian government under Ishtaye were officially sworn in before President Mahmoud Abbas on Sunday, after the first swearing-in on Saturday was found faulty because of a typing error in the oath text.

Ishtaye's government is the first one led by a member of Abbas' Fatah Party since Hamas violently seized control of the coastal enclave from Abbas' security forces in 2007.

Both Hamas and Islamic Jihad are excluded from the new government. 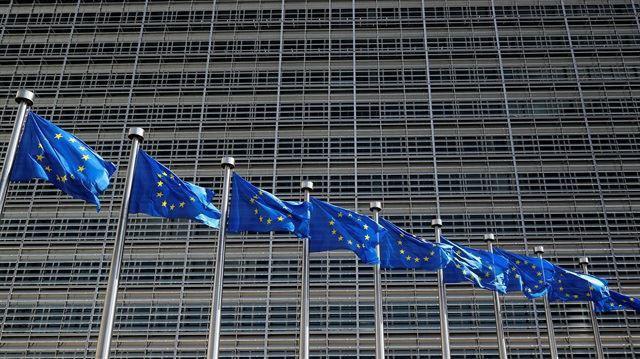