WASHINGTON, April 17 (Xinhua) -- U.S. Energy Secretary Rick Perry is planning to leave the Trump administration and is finalizing the terms and timing of his departure, Bloomberg reported Wednesday night.

Perry, 69, has been seriously considering his departure for weeks but the exit isn't imminent, according to the report.

As President Donald Trump's energy secretary, Perry has played a leading role in the administration's policy of boosting energy production.

Perry has reportedly been preparing the agency's deputy secretary, Dan Brouillette, for the transition.

It is unclear whether Trump would tap Brouillette for the position.

Prior to his cabinet position, Perry, a former U.S. Air Force officer, served as the 47th governor of Texas. 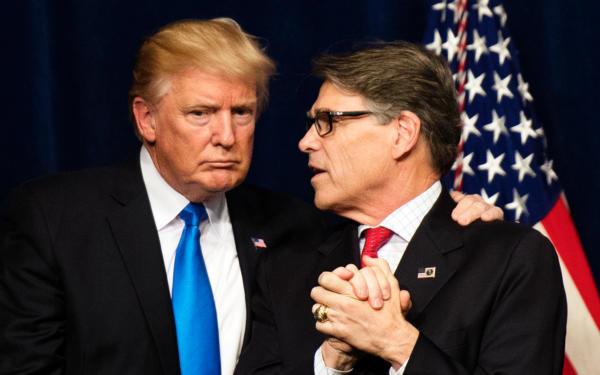