At Least 28 Killed in Bus Accident on Portuguese Island

LISBON, April 17 (Xinhua) -- At least 28 tourists were confirmed dead on Wednesday in a bus accident on the Portuguese island of Madeira, with three others seriously injured, local media SIC TV reported.

The 28 people are 11 men and 17 women of German nationality, Mayor of the municipality Filipe Sousa said, quoted by SIC.

The driver and guide are both Portuguese and they are injured.

The tourist bus, carrying 55 German tourists, overturned and fell on the roof of roadside residence.

Speaking outside the Palace of Belem in Lisbon, Portuguese President Marcelo Rebelo de Sousa told reporters that it was his intention to travel immediately to Funchal, the capital of Madeira, in a plane of the Portuguese Air Force, "but a priority emerged" that led him to postpone the trip.

"I was very sensitive to this priority, which is the need for airplanes, namely the airplane that was to be used by the Portuguese Air Force to transport the injured people," he said.

"So I will, but I will not go immediately, because there is this priority," added Rebelo de Sousa.

On behalf of the Portuguese government, Prime Minister Antonio Costa conveyed "deep condolences" to the families of the victims of the tourist bus accident in Madeira and expressed his regret and condolences to German Chancellor Angela Merkel.

"At learning of the tragic accident in Madeira, I feel deeply regret. To all the families involved, I convey on behalf of the Portuguese government the deepest condolences," Costa wrote on Twitter. 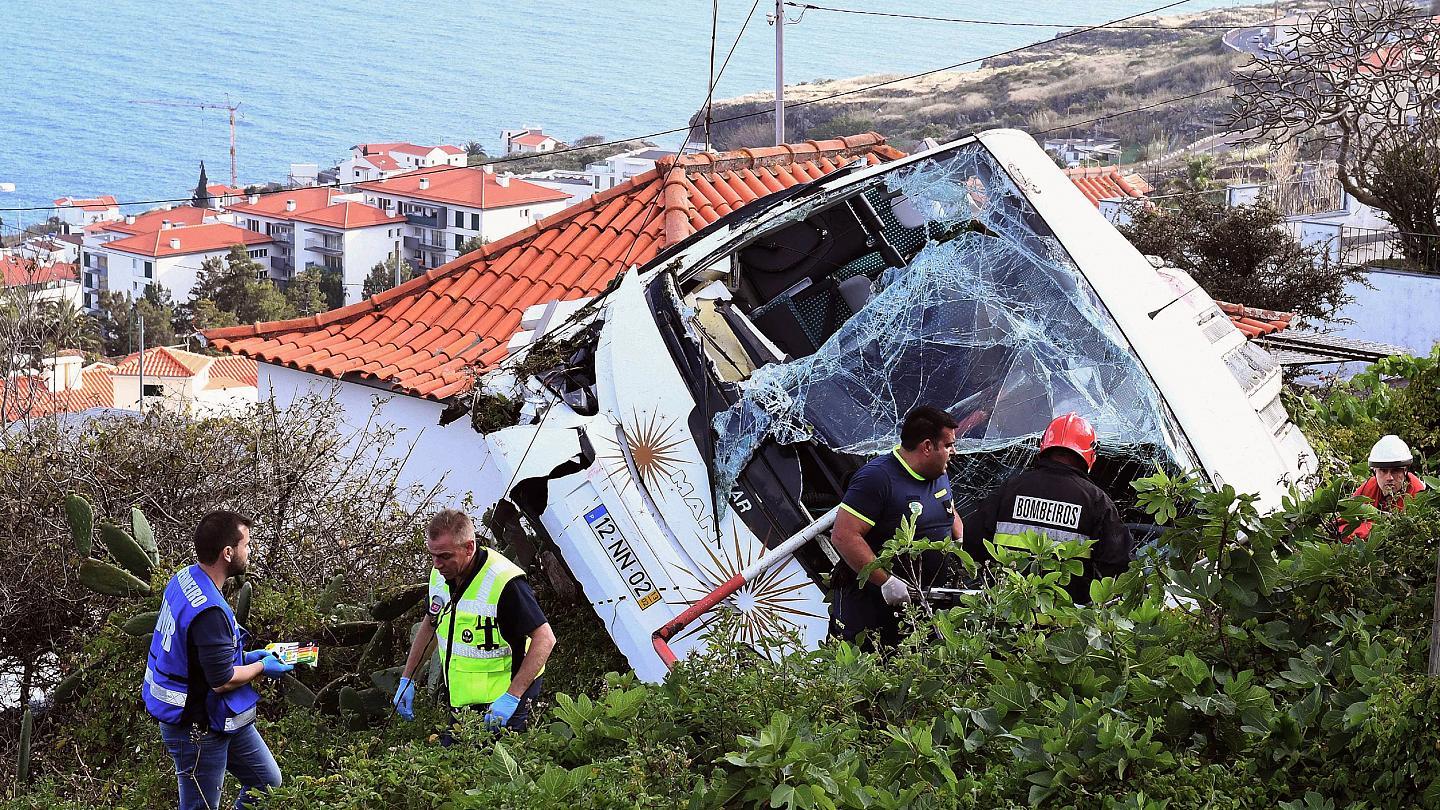