LOS ANGELES, April 19 (Xinhua) -- A Southern California couple were sentenced Friday morning at Riverside County Superior Court to 25 years to life in prison for abusing 12 of their 13 children, aged from 2 to 29.

David Turpin, aged 57, and his wife Louise Turpin, aged 50, each pled guilty in February to one count of torture, four counts of false imprisonment, six counts of cruelty to an adult dependent, and three counts of willful child cruelty.

The Turpins were arrested in January 2018 after their 17-year-old daughter was able to make her way from the horrible family house in Perris, about 70 miles (112 kilometers) east of Los Angeles downtown, and use a deactivated cell phone to call 911.

The girl told the police that she and her 12 brothers and sisters were being held captive inside the residence, some restrained by chains and padlocks.

Further investigation revealed that the girl who called 911 had been planning a way to escape for about two years. Other details include these children only being allowed to shower once a year, being restrained by ropes and later chains as a form of punishment, and the parents buying toys, videos, and even food items but not allowing the children to access to any of them.

"In more than 20 years as a prosecutor in Riverside County, this is one of the most disturbing cases I've seen," said Mike Hestrin, district attorney of Riverside, at a press conference last year.

A son and daughter of the Turpins spoke out in court for the first time Friday since they were rescued by policemen.

"Now I'm taking my life back," a daughter said in court. "I'm a fighter. I'm strong and I'm shooting through life like a rocket."

"I'm in college now and living independently," she said. "I love hanging out with my friends and life is great. I believe everything happens for a reason. Life may have been bad, but it made me strong. I fought to become the person I am."

The son who appeared at court on Friday said, "I cannot describe in words what we went through growing up. Sometimes I still have nightmares of things that had happened, such as my siblings being chained up or getting beaten. But that is the past and this is now."

"I love my parents and have forgiven them for a lot of the things that they did to us," he said. "I have learned so much and become very independent."

He also read a statement on be half of one of his sister, saying she had pardoned her parents and would not hate what they had done to her. The couple wiped tears from their eyes as the statement was read.

The couple also said at court that they apologized for what they did but insisted that they loved their children and had no intention to hurt them.

The chilling crimes the Turpins committed happened from 2010 when they moved from Texas to California to the time of their arrest in January 2018.

Because of the age of both defendants, California law makes them eligible for elderly parole in 25 years. According to the office of district attorney, that does not mean they will be released on parole in 25 years. It means that will be the first time either defendant will appear before the parole board. 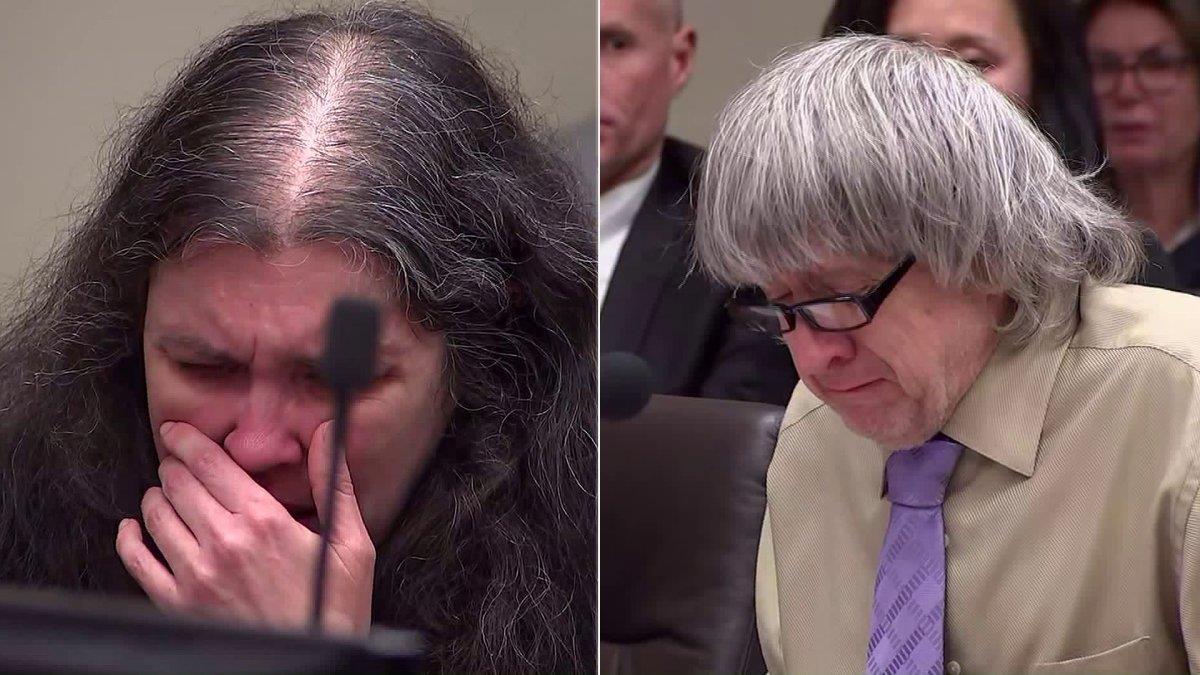