COLOMBO, April 22 (Xinhua) -- The death toll from the multiple explosions which shook Sri Lanka on Sunday has risen to 290, while over 500 have been injured, the police said Monday.

Earlier reports put the number of casualties at 228, with 450 wounded in the nine attacks that occurred at three churches and four hotels across the country on Sunday.

The Sri Lanka Tourism Development Authority said Sunday evening in a statement that 32 foreigners were among those killed.

Police Spokesperson, SP Ruwan Gunasekara said 24 suspects had been arrested so far and investigations were ongoing to nab more suspects.

Two of the suspects arrested were nabbed from Dambulla in the Central Province on Monday morning, the spokesperson said.

President Maithripala Sirisena, who was abroad when the attacks happened, called a meeting of the National Security Council early on Monday.

Police investigation into the bombings will examine reports that the intelligence community failed to detect or warn of possible suicide attacks before the violence, according to local media reports.

Gunasekara said the islandwide curfew which was imposed indefinitely from Sunday afternoon was lifted on Monday morning and public transport has resumed to normal.

However, schools would remain closed on Monday and Tuesday.

Security had been beefed across the country and tight security would remain in place, the police said.
People were advised to remain cautious.

The "homemade" pipe bomb had been found late Sunday on a road leading towards the main terminal.

The attacks started Sunday morning as explosions were reported from the St. Anthony's Church in Kochchikade in capital Colombo and another from the St. Sebastians Church in Negombo, in the outskirts of the capital.

A third explosion was reported from the Zion Church in Batticaloa, in the east.

The attacks marked the most deadly violence in Sri Lanka since a bloody civil war ended 10 years ago. 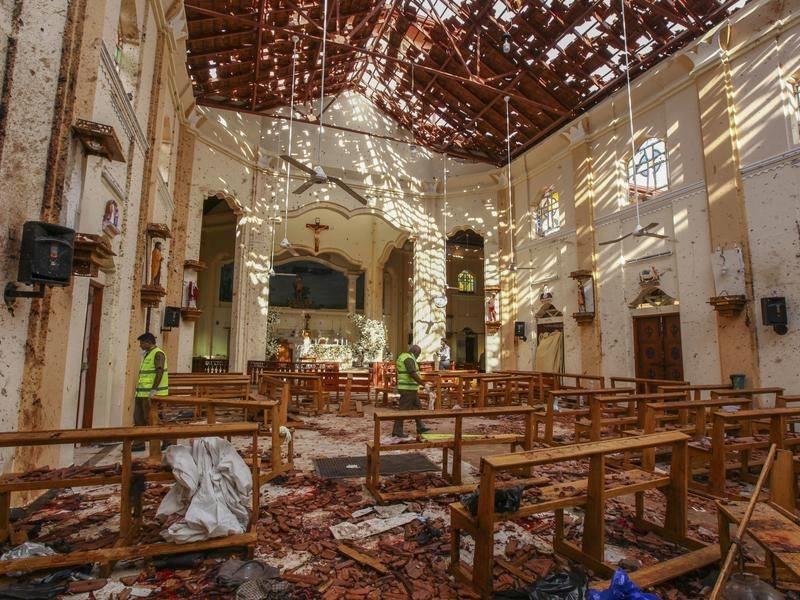