BOGOTA, April 21 (CGTN) -- At least 17 people were killed and five injured in a landslide in the southwestern Colombian province of Cauca, the country’s disaster relief agency said on Sunday.

The landslide, which was caused by heavy rains, occurred early on Sunday in a rural area of Rosas municipality, the agency said in a statement.

Five people were hospitalized and eight houses were destroyed. A portion of the Pan-American Highway was also blocked by the landslide.

President Ivan Duque planned to visit the area with the housing and transport ministers to meet with relief officials, his office said in a statement.

The country's risk management agency said a search effort is underway for people who might have been trapped under rubble.

Landslides are common in mountainous Colombia, especially during the rainy season and in areas where precarious informal housing and narrow roadways are constructed on deforested Andean hillsides. 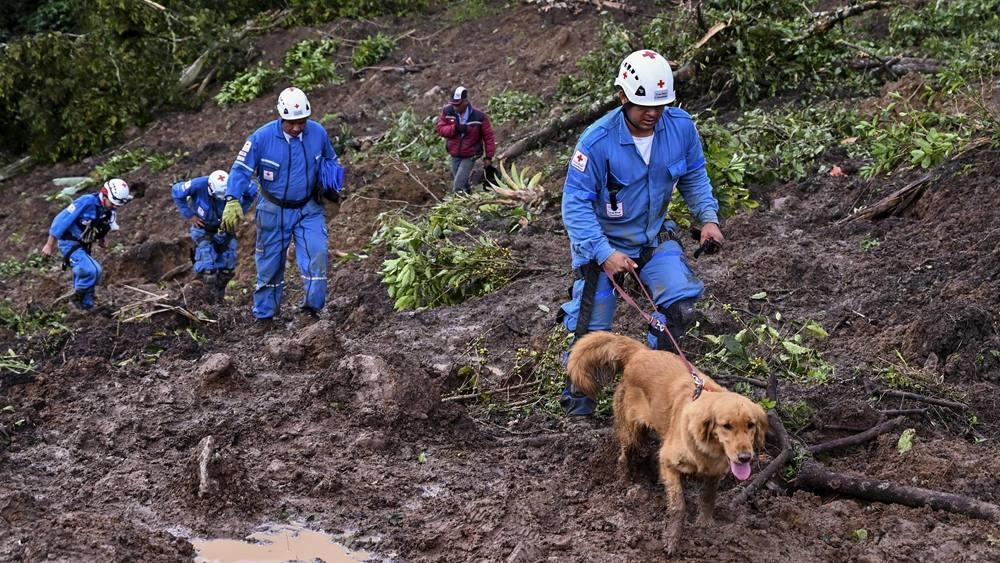