Angie Blanco, a local disaster official in northern Pampanga province, told ABS-CBN television that some people were trapped in a four-story building that collapsed in Porac, a town in Pampanga province in the central Luzon region, north of Manila.

Two others were also killed when a concrete wall collapsed in Lubao, another town in Pampanga province.

The Philippine government has not officially released any casualties.

The Philippine Institute of Volcanology and Seismology (Phivolcs) revised the magnitude of the earthquake to 6.1-magnitude from the earlier reported 5.7-magnitude.

In a report, the quake-monitoring Phivocls said the quake, which struck at 5:11 p.m. local time, hit at a depth of 12 km, about 2 km northeast of Castillejos town in northern Zambales province.

The quake was felt in Metro Manila, prompting people to scramble out of buildings and houses. Several aftershocks were felt after the initial quake and was tectonic in origin.

The Philippines, which lies along the Pacific Ring of Fire, have numerous active faults and trenches on both sides of the archipelago.

The geographic and geologic settings of the Philippines make this archipelagic country prone to earthquakes. The Phivolcs records an average of 20 earthquakes a day and 100 to 150 earthquakes are felt per year. 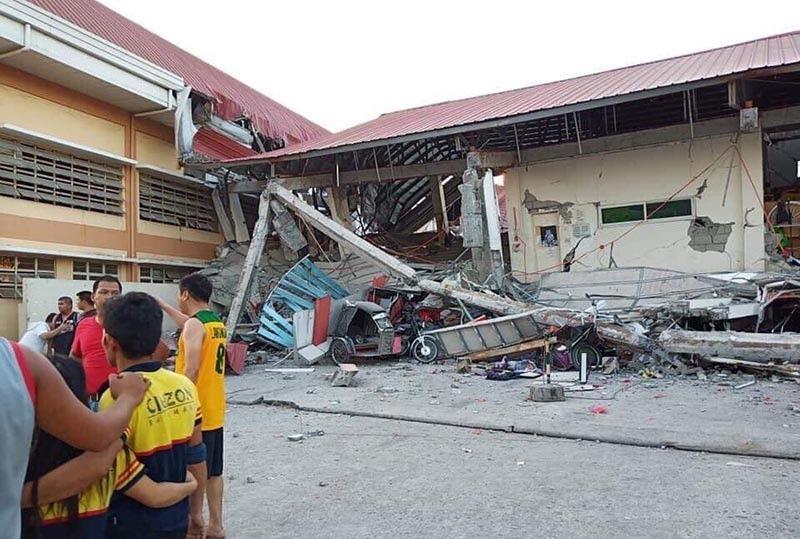