WASHINGTON, April 23 (Xinhua) -- Chinese Ambassador to the United States Cui Tiankai has denounced claims that the China-proposed Belt and Road Initiative (BRI) is a debt trap.

"Some people have errantly characterized the BRI as a potential debt trap," Cui wrote in an article published Tuesday on the Fortune magazine's website. "But countries who have participated in and benefited from the BRI have debunked such assertions."

The ambassador said Finance Secretary of the Philippines Carlos Dominguez publicly stated that debt owed to China accounts for only 0.65 percent of the country's total debt, and that Karunasena Kodituwakku, Sri Lanka's ambassador to China, dismissed the idea of "debt-trap diplomacy."

Cui's article, in which he also called on the United States to embrace the opportunities associated with the BRI, came two days before the second Belt and Road Forum for International Cooperation slated for April 25-27 in Beijing.

Cui said decisions made through the BRI framework, "from project selection to investment and financing cooperation, are all based on full consultation between all parties involved, and backed by arduous risk assessment and investment feasibility studies."

"As a matter of fact, no country has become trapped in a debt crisis since its participation in the BRI," the ambassador said. "Quite the contrary, it is through participating in BRI cooperation that many countries have emerged from the trap of underdevelopment or no development."

He cited the example of Kenya, saying that "Philip Mainga, acting managing director of Kenya Railways Corporation, said that the Kenyan economy and citizens have benefited from China's contribution to the expansion and upgrading of transport infrastructure in the country."

According to Cui, 126 countries and 29 international organizations have signed BRI cooperation documents with China. Total trade between China and other BRI countries has exceeded 6 trillion U.S. dollars, and China's investment in these countries has surpassed 80 billion dollars.

Chinese companies, the ambassador added, have generated over 2 billion dollars in tax revenue and 300,000 jobs for locals.

"The BRI is open, inclusive and transparent," Cui said. "It is not a geopolitical tool, nor is it designed to form an exclusive clique or impose any terms on others." 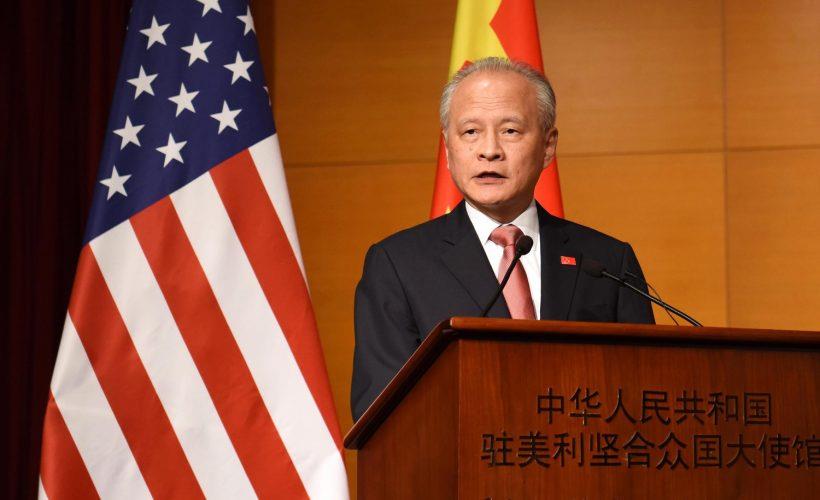