TRIPOLI, April 25 (Xinhua) -- Libya's UN-backed Prime Minister Fayez Serraj denied calling for ceasefire between the government and the east-based army, as both parties continue fighting for control over the capital Tripoli, the government spokesperson said Wednesday.

"The Head of the Presidential Council of the Government (Serraj) supervises the fight against Haftar's militias (army). There will be no negotiations or dialogue until ... the aggressors are defeated. The Head of the Council strongly denies requesting or desiring ceasefire," government spokesperson Mohannad Younis said in a press release.

"The position of the Council is clear against the aggression -- returning the aggressor forces to where they came from," Younis said.

The east-based army, led by Khalifa Haftar, has been leading a military campaign since early April to take over western Libya, particularly Tripoli where the UN-backed government is based.

The clashes between the two sides so far killed 272 people, injured 1,282 others, and displaced more than 30,000 civilians, according to the World Health Organization.

Libya has been struggling to make a democratic transition amid insecurity and chaos ever since the fall of former leader Muammar Gaddafi's regime in 2011. 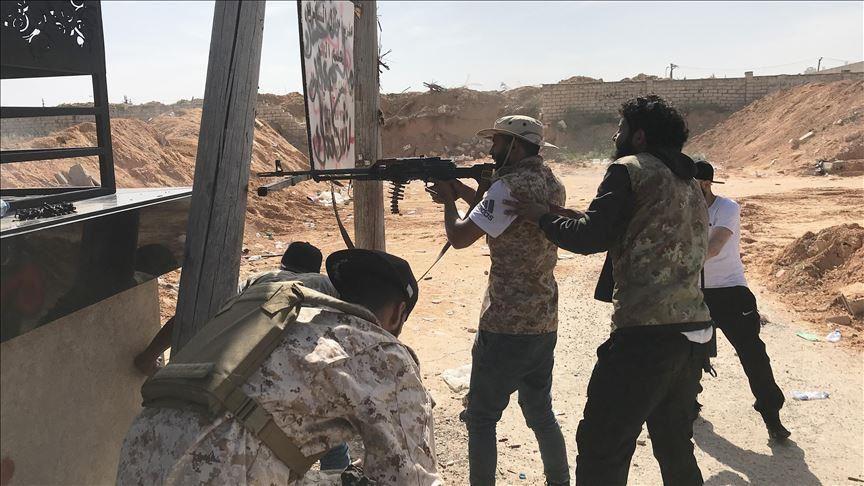