Kim took part in a departure ceremony at Vladivostok railway station before his train departed around 0530 GMT.

Kim on Friday also appeared for a wreath-laying ceremony at a World War II memorial to Russia's Pacific Fleet in Vladivostok.

In a black hat and double-breasted overcoat, Kim went up to the wreath briefly, then stepped back and stood with his hat in his hand.

Kim arrived on Wednesday in the Pacific coast port by train, then met with Putin for five hours on Thursday.

The two men agreed to seek stronger relations between Moscow and Pyongyang and Kim accused Washington of acting in "bad faith" in negotiations over the DPRK's nuclear arsenal.

Putin left the same day for China and Kim stayed on for a series of cultural events. 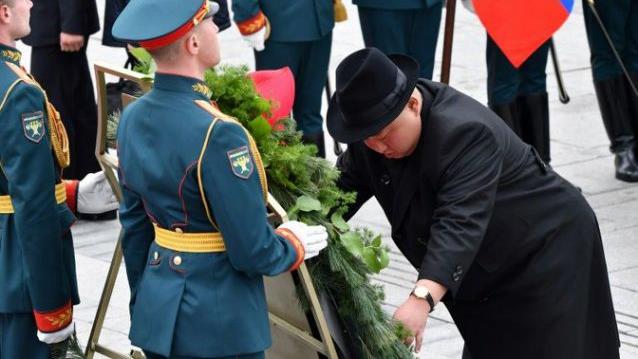