BEIJING, April 27 (CGTN) -- Briefing reporters on the outcomes of the three-day event, Xi said cooperation agreements worth more than 64 billion U.S. dollars were signed at a CEO conference during the forum.

The Chinese president said leaders of 38 countries as well as the United Nations and the International Monetary Fund reached extensive consensus on high-quality Belt and Road cooperation at the Leaders' Roundtable, adding that the consensus will guide global efforts to advance cooperation under the Belt and Road Initiative (BRI) in years to come.

Chinese President Xi Jinping and other leaders attending the Leaders' Roundtable of the second Belt and Road Forum for International Cooperation pose for a group photo in Beijing, April 27, 2019. /Xinhua Photo‍

Proposed by Xi in 2013, the BRI comprises the Silk Road Economic Belt and the 21st Century Maritime Silk Road, and aims to build trade and infrastructure networks connecting Asia with Europe and Africa along and beyond the ancient Silk Road routes.

"I have noted on many occasions that while the BRI was launched by China, its opportunities and outcomes are shared by the world," Xi said. 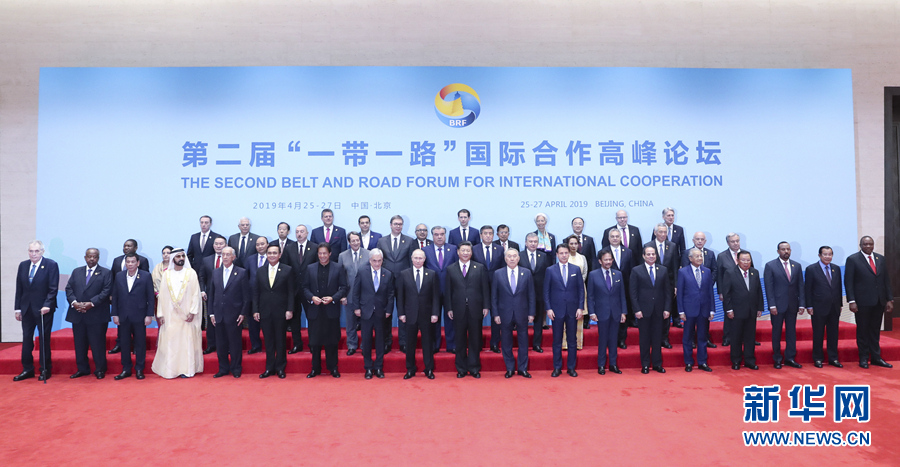