BEIJING, April 29 (Xinhua) -- The lander and the rover of the Chang'e-4 probe have resumed work for the fifth lunar day on the far side of the moon after "sleeping" during the extreme cold night.

The lander woke up at 7:40 a.m. Monday, and the rover, Yutu-2 (Jade Rabbit-2), awoke at 1:45 p.m. Sunday. Both are in normal working condition, according to the Lunar Exploration and Space Program Center of the China National Space Administration.

The rover has traveled an accumulated 178.9 meters on the moon and worked about one month longer than its designed life.

China's Chang'e-4 probe, launched on Dec. 8, 2018, made the first-ever soft landing on the Von Karman Crater in the South Pole-Aitken Basin on the far side of the moon on Jan. 3.

A lunar day equals 14 days on Earth, and a lunar night is the same length. The Chang'e-4 probe switched to a dormant mode during the lunar night due to the lack of solar power.

The far side of the moon has unique features, and scientists expect Chang'e-4 could bring breakthrough findings.

The scientific tasks of the Chang'e-4 mission include low-frequency radio astronomical observation, surveying the terrain and landforms, detecting the mineral composition and shallow lunar surface structure and measuring neutron radiation and neutral atoms. 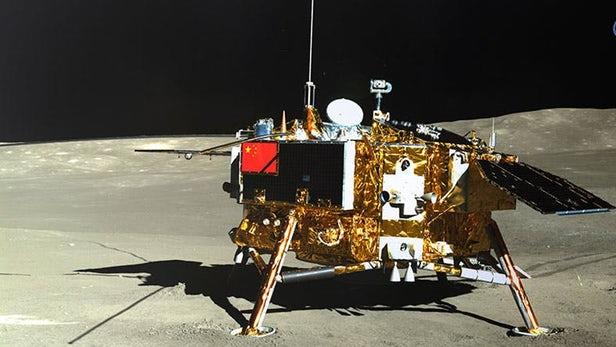