CARACAS, May 1 (Xinhua) -- Venezuelan President Nicolas Maduro on Tuesday called on other countries "which continue to support the coup opposition" to rectify their positions.

"I want to make a call to those governments that are supporting the coup opposition. Open your eyes. We are just showing part of the evidence of a coup that was intended," said Maduro in a televised address to his nation.

Accompanied by military leaders and other senior officials, the Venezuelan president rejected U.S. Secretary of State Mike Pompeo's claim that Maduro, after the violent events, had a plane ready to flee to Cuba.

The Venezuelan president thanked "the pronouncements of solidarity, of support for the Constitution, for democracy, for the Bolivarian Government" by leaders, governments and social movements around the world.

Earlier Tuesday, opposition leader Juan Guaido urged Venezuela's public and military to take to the streets and help depose President Nicolas Maduro and his government. He also released video footage of himself accompanied by a group of soldiers near the La Carlota military base. 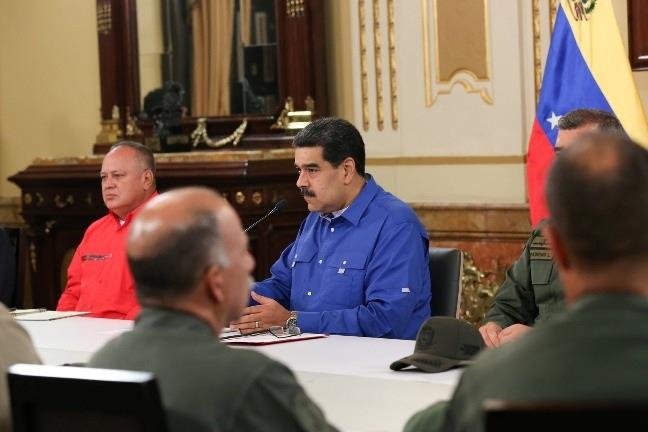