WASHINGTON, May 6 (Xinhua) -- U.S. Acting Secretary of Defense Patrick Shanahan said Monday that the deployment of U.S. military assets was to counter a "credible threat" from Iran.

The deployment of a U.S. aircraft carrier strike group and a bomber task force to the U.S. Central Command region of responsibility represented "a prudent repositioning of assets in response to indications of a credible threat by Iranian regime forces," Shanahan tweeted Monday.

U.S. National Security Advisor John Bolton said late Sunday that his country is deploying a carrier strike group and a bomber task force to the Middle East, aiming "to send a clear and unmistakable message to the Iranian regime that any attack on United States interests or on those of our allies will be met with unrelenting force."

The New York Times on Monday cited senior U.S. officials that new threats by Iran against U.S. troops in Iraq were behind the sudden deployment of an aircraft carrier strike group and Air Force bombers to the Persian Gulf.

Following the exit from the Iran nuclear deal in May last year, the U.S. government has kept piling up pressure on Iran through a series of sanctions.

On April 22, Secretary of State Mike Pompeo said that the 180-day U.S. waivers for major importers of Iran's oil formally expired on May 2, which aggravates the impacts of tough pressures on Iran.

Iranian semi-official Fars news agency reported on Monday that Tehran would soon announce a set of retaliatory measures in response to the U.S. withdrawal from the 2015 nuclear deal and re-imposition of sanctions against Iran.

Tensions between Tehran and Washington has flared up in recent months, following U.S. decisions to designate Iran's Islamic Revolution Guards Corps (IRGC) a "foreign terrorist organization" and to reimpose sanctions on Iran.

In response to the U.S. moves, the Iranian parliament also passed a bill blacklisting the U.S. Central Command (CENTCOM) forces in West Asia as a "terrorist group," pledging to fight back any provocation by Washington. 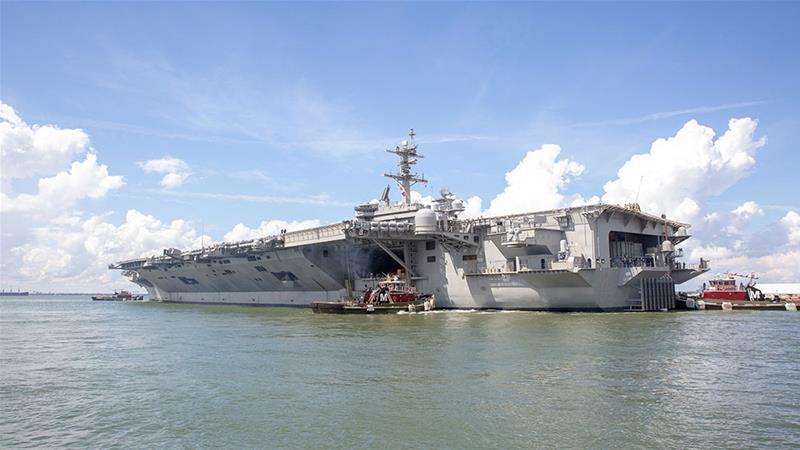