BAGHDAD, May 8 (CGTN) -- U.S. Secretary of State Mike Pompeo made an unannounced visit to Baghdad on Tuesday and met with Iraq's prime minister and other top officials to discuss the safety of Americans in Iraq and explain U.S. security concerns amid rising Iranian activity.

The visit came two days after U.S. national security adviser John Bolton said the United States was deploying the aircraft carrier USS Abraham Lincoln and a bomber task force to the region because of a "credible threat by Iranian regime forces."

The concern about a threat from Iranian forces comes after Washington has ramped up sanctions on Tehran over its nuclear program in recent months and designated the Iranian Revolutionary Guard Corps as a terrorist group.

"We talked to them about the importance of Iraq ensuring that it's able to adequately protect Americans in their country," Pompeo told reporters after meeting with Iraqi Prime Minister Adel Abdul Mahdi.

An Iraqi government source confirmed the meeting with Abdul Mahdi but did not elaborate on the details.

Pompeo said the purpose of the meeting also was to let Iraqi officials know more about "the increased threat stream that we had seen" so they could effectively protect U.S. forces.

The U.S. Secretary said he expressed U.S. support for Iraqi sovereignty, noting, "We don't want anyone interfering in their country, certainly not by attacking another nation inside of Iraq."

Asked before the meetings if there was a threat to the Baghdad government from Iran that raised U.S. concerns about Iraqi sovereignty, Pompeo said, "No, no, generally this has been our position since the national security strategy came out in the beginning of the Trump administration."

Asked about the decision to move the aircraft carrier and bomber task force to the region, Pompeo said Washington wanted to defend its interests from the Iranian threat and ensure it had the forces necessary to accomplish that goal.

"The message that we've sent to the Iranians, I hope, puts us in a position where we can deter and the Iranians will think twice about attacking American interests," Pompeo said, noting that the U.S. intelligence was "very specific" about "attacks that were imminent."

He said the United States has urged Iraq to move quickly to bring Iranian-influenced independent militias under central government control, noting that they make Iraq "a less stable nation."

Pompeo also spoke to Iraqi officials about their energy and infrastructure needs, especially in the electricity, oil and natural gas sectors. He said they discussed ways to quickly move forward with projects that could help improve Iraqi lives. 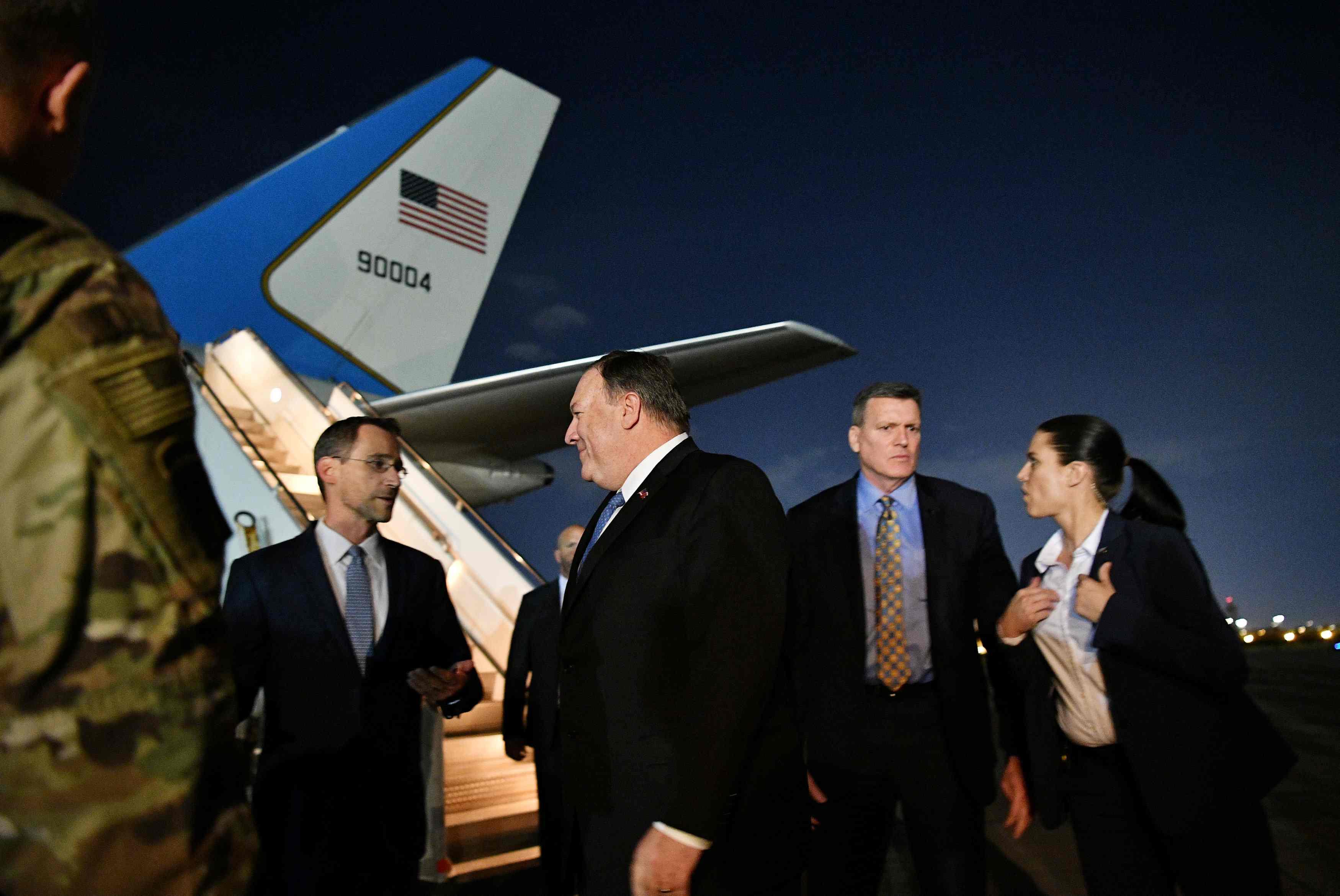