BEIJING, May 9 (Xinhua) -- Chinese scientists have found the remains of a bizarre Jurassic dinosaur with membranous wings, showing a strange but unsuccessful attempt to fly in the evolution process from dinosaur to bird.

The well-preserved fossil, discovered from northeast China's Liaoning Province, dates back 163 million years and belongs to a new species of Jurassic non-avian theropod dinosaur with associated feathers and membranous tissues.

About 32 cm long and weighing about 306 grams, the new species has been named Ambopteryx longibrachium, meaning a mixture of a dinosaur and the membranous wings of the pterosaur.

The newly discovered dinosaur belongs to the enigmatic clade of the Scansoriopterygidae, one of the most bizarre groups of non-avian theropods, said Wang Min, a researcher at the Institute of Vertebrate Paleontology and Paleoanthropology of the Chinese Academy of Sciences.

The research was published as a cover story in the latest issue of the academic journal Nature. 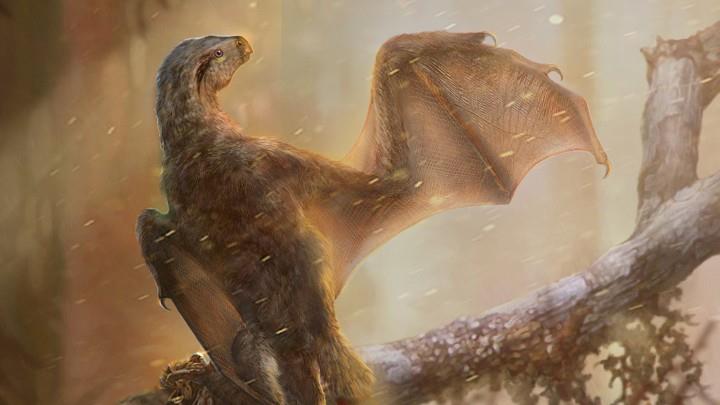