CARACS, May 9 (CGTN) -- Venezuelan intelligence agents on Wednesday detained Edgar Zambrano, the deputy leader of the opposition-dominated National Assembly, for backing the failed April 30 military coup against President Nicolas Maduro, which was orchestrated by Juan Guaido.

Zambrano was leaving his Democratic Action party's headquarters when he was surprised by a commando unit from the intelligence agency who surrounded his car. He live-tweeted the incident at 6:35 p.m. local time, saying he refused to leave the vehicle, but the officers subsequently towed the vehicle away with him inside to the Helicoide, a government building in Caracas used for holding prisoners.

"We democrats we will keep fighting!" Zambrano tweeted as he was hauled off.

The arrest came after Venezuela's Supreme Court launched a preliminary investigation into seven top opposition politicians on Tuesday. The people were accused of treason, rebellion and conspiracy in connection with the failed coup.

Zambrano, 63, was one of the first opposition leaders to answer Guaido's call for an insurrection. He is seen as a conciliatory figure within the opposition who is close to Henry Ramos, the former head of congress who has been accused of taking part in an earlier alleged conspiracy to oust Maduro. He took up his role as Guaido's deputy then.

Government officials had announced that Zambrano and eight other opposition lawmakers faced investigation on charges of "betraying the homeland" and "instigating an insurrection," for their roles in last week's unrest.

Two hours before his arrest, Zambrano had told The Associated Press in a phone interview that he was not going to hide because "I have not committed any crime." 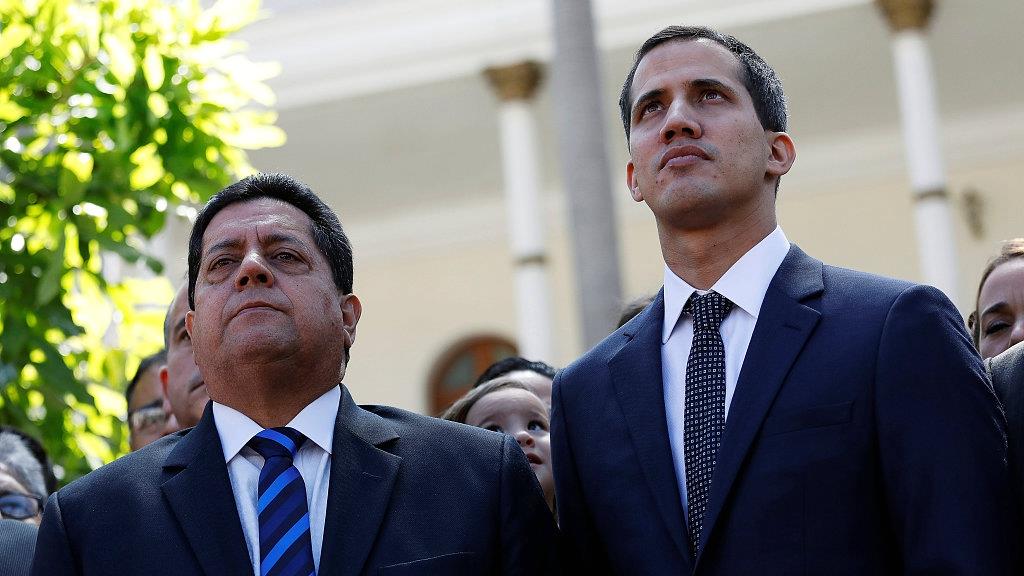