WASHINGTON, May 9 (Xinhua) -- The U.S. State Department on Thursday warned Iran that any attacks against U.S. interests would incur U.S. response.

In a statement issued by the department, State Secretary Mike Pompeo accused Iran of engaging in "an escalating of threatening actions and statements in recent weeks."

"Tehran should understand that any attacks by them or their proxies of any identity against U.S. interests or citizens will be answered with a swift and decisive U.S. response," the statement threatened.

Pompeo on Thursday canceled his scheduled visit to Greenland due to the escalation of tensions with Iran, media reported, citing a state department official.

Over the recent weeks, Washington has ratcheted up pressure against Tehran with a series of sanctions, designations and military threats.

On Sunday, the United States announced that it was deploying an aircraft carrier group and bombers to the Middle East, accusing Iran of posing a threat to Washington and its allies in the region.

Iranian Foreign Minister Mohammad Javad Zarif dismissed such accusations. "If U.S. and clients don't feel safe, it's because they're despised by the people of the region -- blaming Iran won't reverse that," he tweeted Tuesday.

Rouhani also set a 60-day deadline for the remaining parties to the deal to fulfill their obligations, particularly in preserving Iran's interests in the areas of banking and oil. 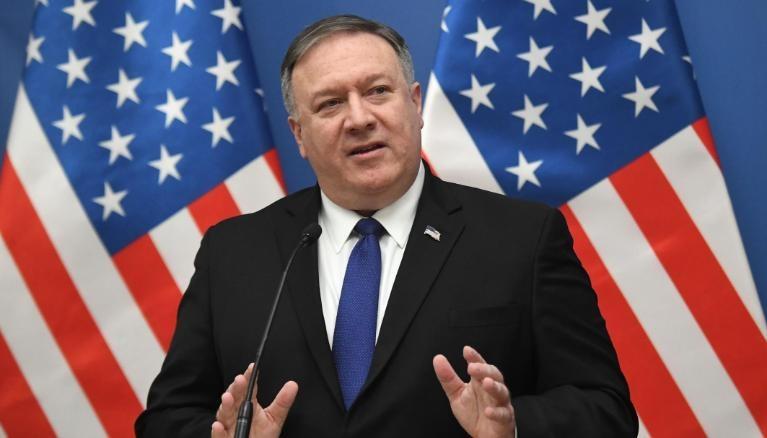