NEW DELHI, May 11 (Xinhua) -- Two fighter jets of the Indian Air Force (IAF) intercepted a Georgian "AN-12" heavy cargo aircraft flying from Tbilisi (capital of Georgia) to Delhi via Karachi, and forced it to land at the Jaipur airport in the western state of Rajasthan, after the plane entered the Indian air space from an unscheduled point.

According to official sources in the IAF, the incident occurred on Friday.

"One AN-12 aircraft of Georgia entered Indian air space from an unscheduled point in North Gujarat on Friday at 1515 hours. The aircraft was successfully intercepted by highly alert IAF air defence aircraft and was forced to land at Jaipur airfield," tweeted the IAF.

The crew members of the cargo aircraft were questioned at Jaipur. After several hours of investigation, the plane was allowed to leave, added the official sources.

According to the media reports, the aircraft did not follow the authorised Air Traffic Services (ATS) route and was "shadowed and forced" to land at Jaipur for necessary investigation when it was flying at 27,000 feet.

Immediately after its landing at the Jaipur airport, security personnel belonging to the Central Industrial Security Force (CISF) cordoned-off the airport area.

"Nothing suspicious was found in the investigation. The plane has been released," media reports quoted Jaipur Additional Police Commissioner Laxman Gaur as saying. 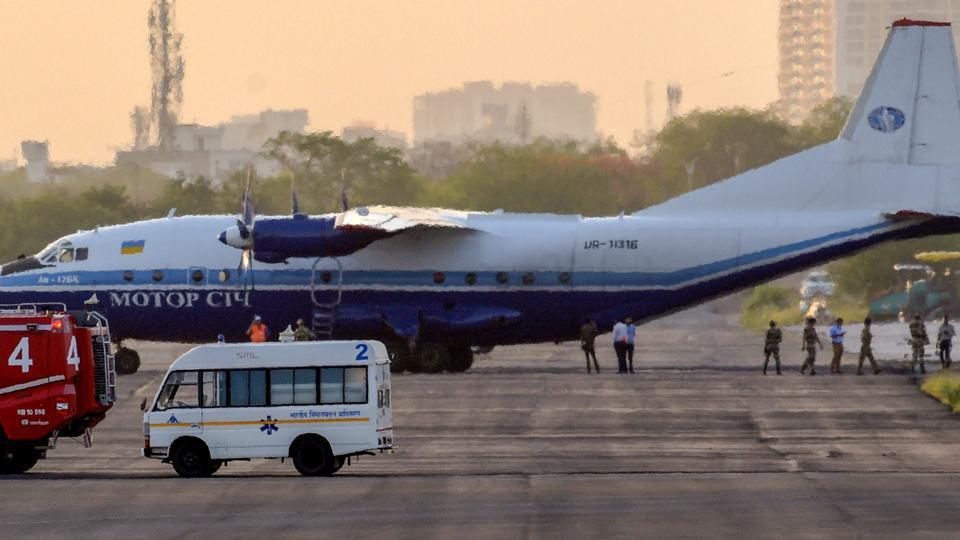