MANILA, May 13 (CGTN) -- Philippine voters headed to the midterm polls on Monday in an election that is expected to strengthen President Rodrigo Duterte's term, opening the way for him to deliver on pledges to rewrite the constitution.

More than 18,000 posts are at stake, including half of the seats in the upper house Senate.

Duterte has remained hugely popular among Filipinos fed up with the country's general dysfunction and leaders who have failed to fix it.

He wants to bring back capital punishment for drug-related crimes as part of a deadly crackdown on narcotics in which thousands of suspects and drug addicts have already been killed. His tough-on-crime platform – which also includes lowering the age of criminal responsibility from 15 to 12 – was key to his landslide election victory in 2016.

Voters crowded voting centers in the capital Manila ahead of polls opening at 6:00 a.m. (2200 GMT Sunday) in an election where some 61,000 are registered to cast ballots.

Historically, the nation's 24 senators – who serve six-year terms – have had a reputation for being more independent-minded than the lower house. Winning a Senate majority, something that independent national surveys indicate is well within reach, would give Duterte legislative backing for his anti-crime proposals and his plan to rewrite the constitution.

The results for municipal and city mayors and councils are expected within hours of polls closing at 6:00 p.m. Monday, with winners for the Senate and congressional seats likely to be declared from Friday. 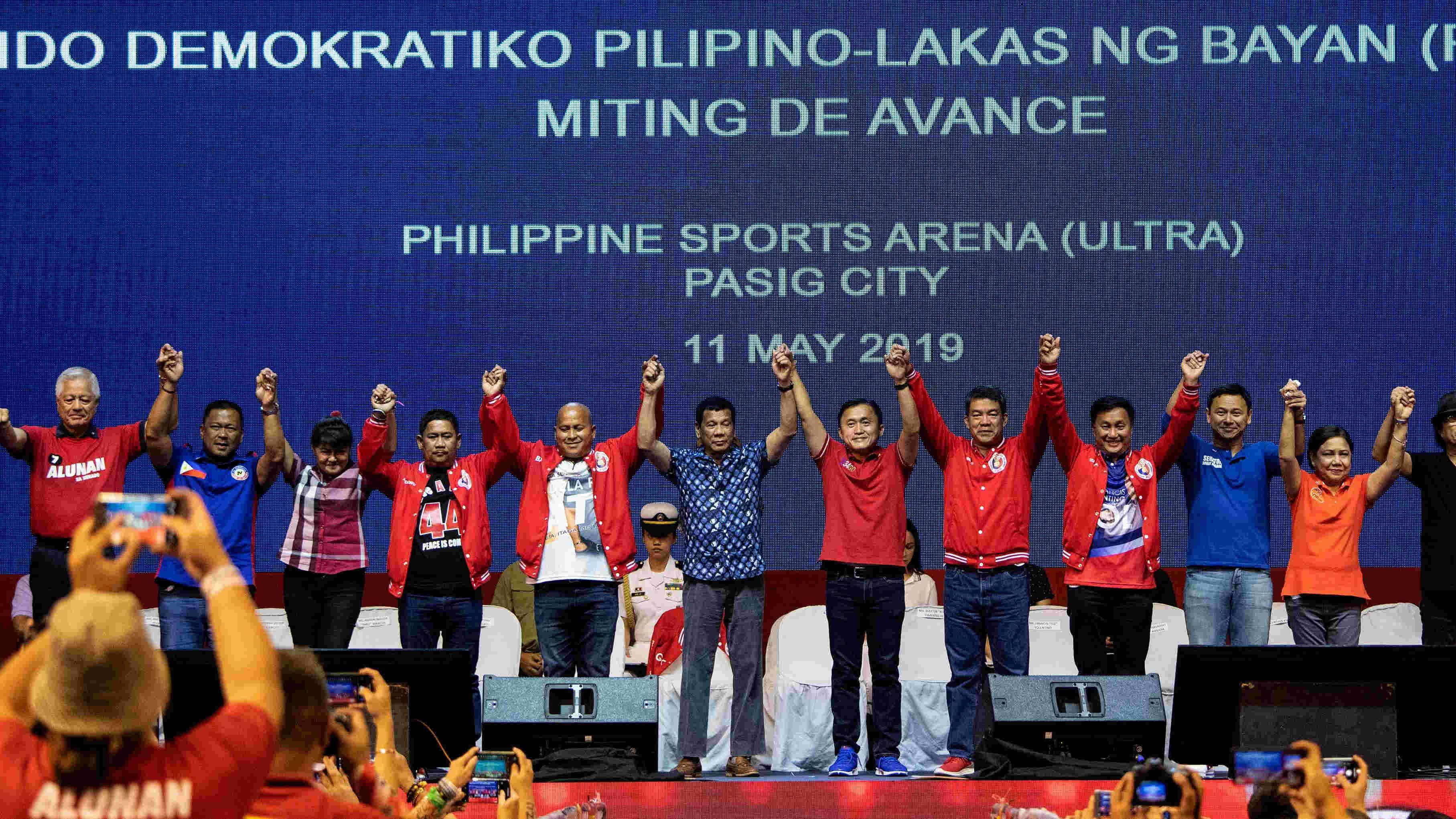