NEW YORK, May 15 (Xinhua) -- A helicopter fell short of the landing pad and crashed into the Hudson River in New York City on Wednesday afternoon, injuring one person on board.

The helicopter reportedly missed the landing pad on Manhattan's West 30th Street and the Hudson River at around 2:30 p.m. (1830 GMT) and slipped into the water, local media and authorities said.

The pilot, who was alone in the helicopter, escaped and was rescued from water with non-life-threatening injuries shortly after the crash, according to the New York City Fire Department (FDNY).

The helicopter, a Bell 206, belongs to Blade, a digitally-powered aviation company based in New York City which is often called the "Uber of helicopters," local media reported.

Emergency workers flooded the scene after the crash and the authorities have advised people and traffic to avoid the area. 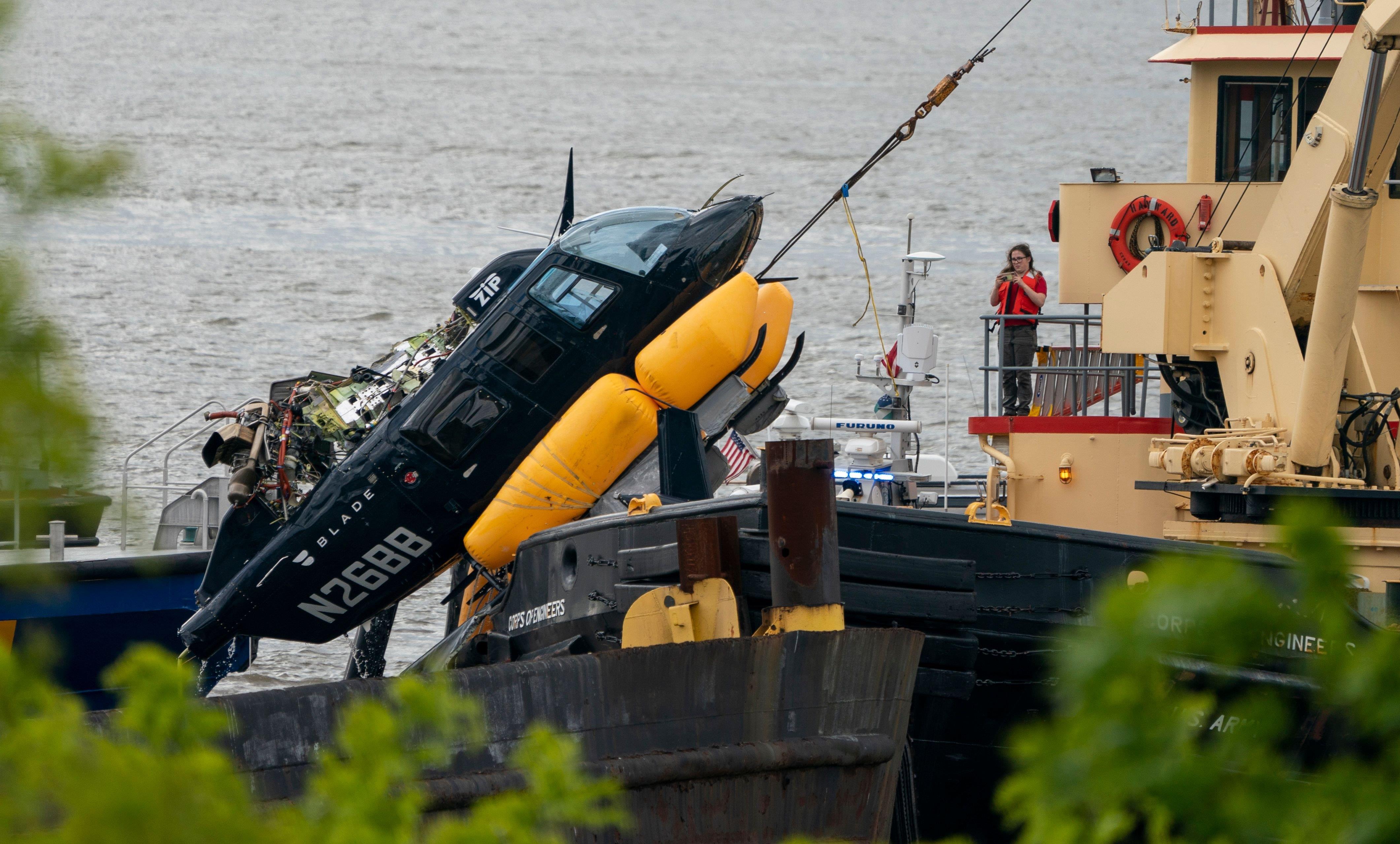