In one shooting incident in West Philadelphia in the afternoon local time, a gunman opened fire at a 21-year-old man and two 28-year-old men, said the police.

The younger man was shot one time in the chin while the two others were shot in the back and the right leg respectively.

All three were taken to a local hospital and are in critical condition, police said.

Another shooting took place during a drug purchase, said the police, in which two sellers shot two buyers.

One of the buyers was shot in the neck and was in critical condition, while the other was in stable condition with a shot in the shoulder.

In the early evening local time, a 42-year-old man was shot multiple times. He was later pronounced dead at hospital.

Three more men were shot in three separate shootings in the evening, said the police, adding that no suspects were caught yet.

In the state of Georgia, two people died after being shot at their DeKalb County home, DeKalb police spokesman J.D. Spencer said Sunday.

In Atlanta, Georgia's largest city, one man was killed by shots to his chest, Atlanta police spokeswoman Stephanie Brown said, adding that another man was injured during the incident.

In the state of Ohio, an 18-year-old male was killed in an early morning shooting in Montgomery County, local police said.

The United States is known worldwide for its slack gun control laws. According to the latest statistics from the Centers for Disease Control and Prevention, 39,773 people were killed by guns in 2017, making it the deadliest year for gun victims since 1968. 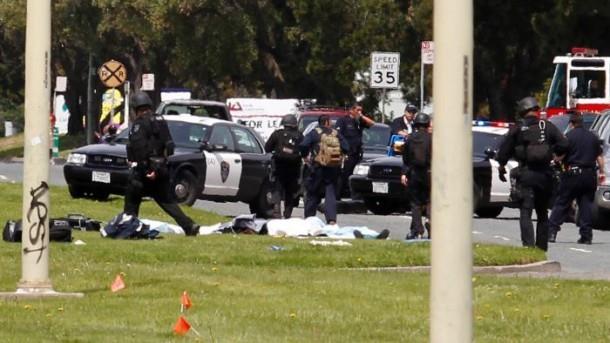