NEW YORK, June 10 (CGTN) -- A helicopter crashed onto the fog-shrouded roof of a midtown Manhattan skyscraper on Monday, killing the pilot and unnerving a city still scarred by the memories of the September 11, 2001 airplane attacks on the World Trade Center.

The crash on a rainy, gray day atop the 54-story AXA Equitable Center forced office workers to evacuate in one of the city's busiest areas a few blocks north of Times Square.

The pilot was the only person aboard the chopper when it plunged into the building and burst into flames, New York City Mayor Bill de Blasio told a news conference. No injuries have been reported, either to people in the building or on the ground.

"The helicopter is pretty obliterated at this point. It was obviously a very hard hit," de Blasio said, adding nothing indicated "an act of terrorism."

A key mystery in the crash is why the Agusta A109E was flying at all in a rainstorm in the tightly controlled airspace above midtown Manhattan.

To enter that vicinity, de Blasio said, the pilot would have needed approval from the air traffic control tower at LaGuardia Airport across the East River in Queens, "and we need to find out if that happened."

The Federal Aviation Administration said in a statement that "FAA air traffic controllers did not handle" the helicopter's flight, but a spokeswoman for the agency declined to say whether the aircraft was observing prevailing flight restrictions.

The pilot was identified as Tim McCormack, who was going to land at Linden Airport in New Jersey, said Paul Dudley, the airport's director.

"Tim McCormack is a well-respected, highly trained veteran pilot who also had tremendous local knowledge, having flown in this area for many years," Dudley said in a phone interview. "We're all saddened and shocked."

The chopper took off from a heliport on Manhattan's East Side at 1:32 p.m. local time and crash-landed on the building 11 minutes later, officials said.

The site is about half a mile from Trump Tower, where U.S. President Donald Trump maintains an apartment. The area has been under a temporary flight restriction since his election in November 2016.

The AXA Equitable Center, built in 1985, houses offices for BNP Paribas, among others. One of New York City's most celebrated restaurants, Le Bernardin, is also in the building.

In 1977, a rotor blade snapped on a helicopter on top of the former Pan Am building in New York City, killing five people. 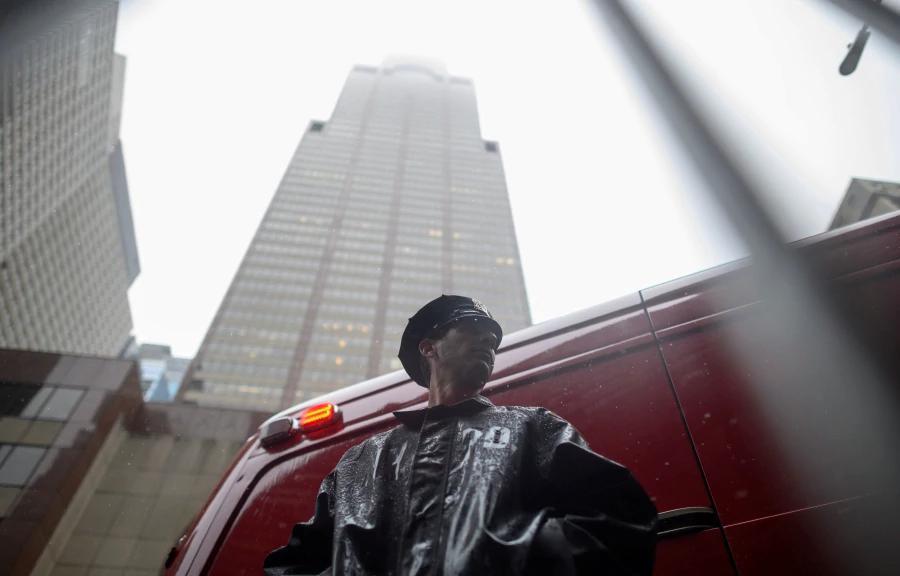 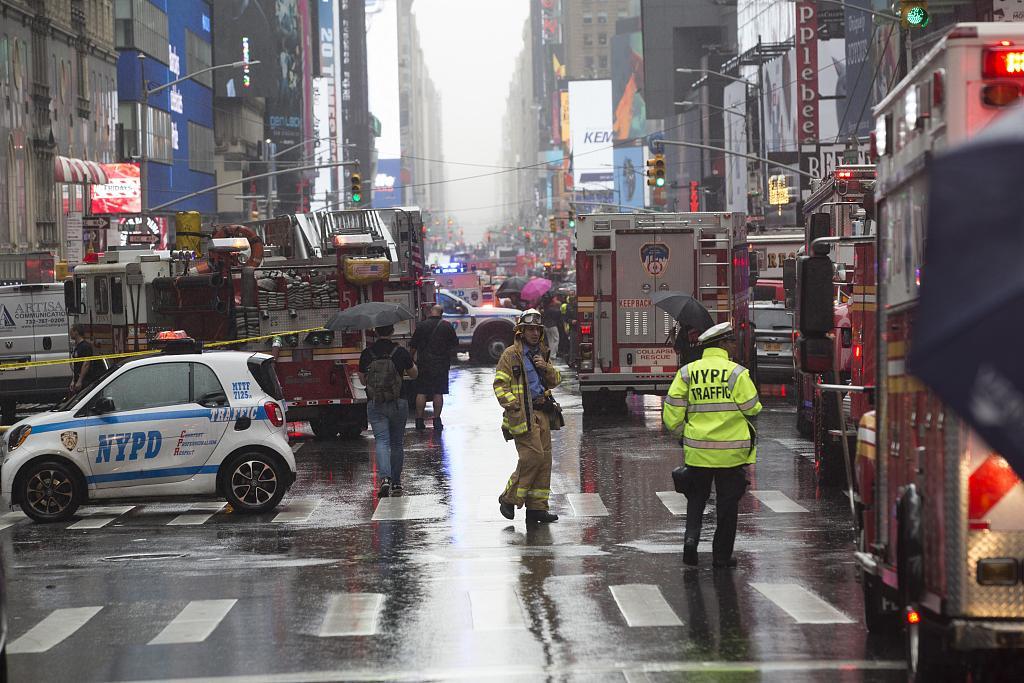 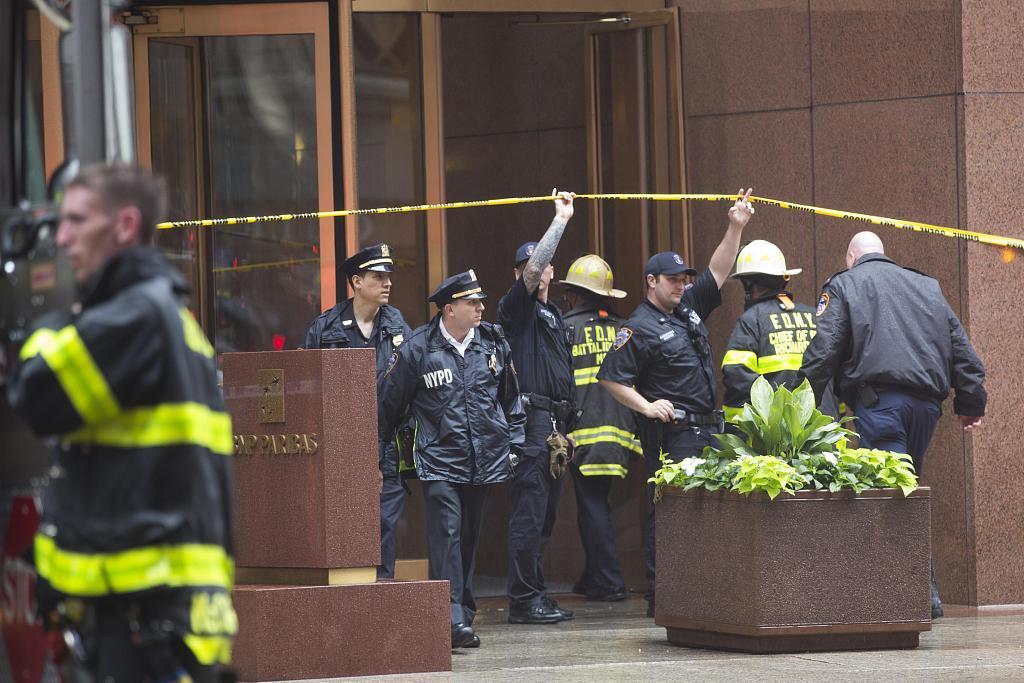 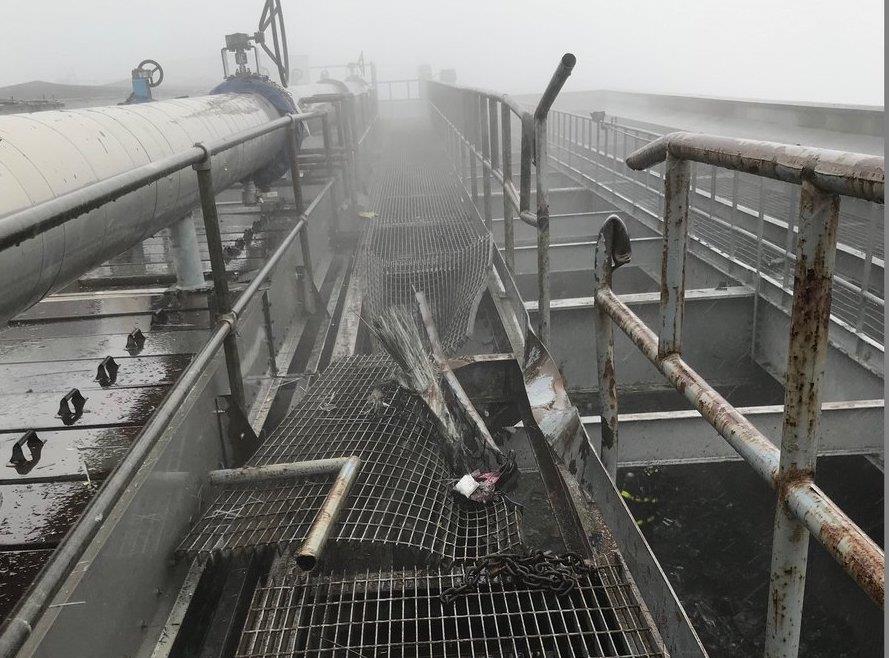