Israel Launches 'Trump Heights' on Golan, But Construction May Lag

The "Trump Heights" project is intended to cement ties after Trump broke with other world powers to recognize Israeli sovereignty over the plateau in March.

At a special cabinet session in Beruchim, a sparse clutch of homes just 12 kilometers from the Golan Heights armistice line with Syria, Netanyahu unveiled a sign labeled "Trump Heights" in English and Hebrew.

The sign was decorated with the Israeli and U.S. flags and planted on a patch of synthetic grass.

Israel captured the Golan from Syria in a 1967 war and later annexed and settled it – moves not accepted by most world powers, who deem it to be occupied Syrian territory.

Ongoing hostilities between Israel and Syria, and internal Syrian fighting that drew Iranian-backed auxiliaries to back Damascus and deploy near the Golan, helped Netanyahu make his case for Trump to recognize the Israeli claim of sovereignty.

Trump similarly delighted Israelis – while appalling other world powers – by recognizing Jerusalem as their capital and withdrawing from the 2015 Iran nuclear deal.

"Trump is a great friend of Israel," Netanyahu said. "He has torn the mask off this hypocrisy which doesn't recognize the obvious."

In response, Trump said on Twitter to thank Netanyahu and the State of Israel for "this great honor!" 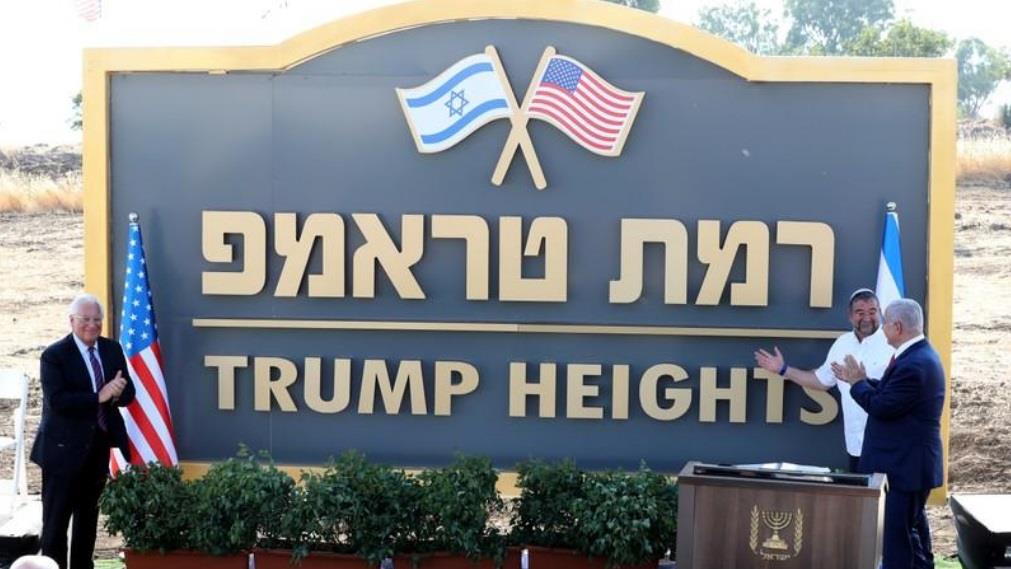 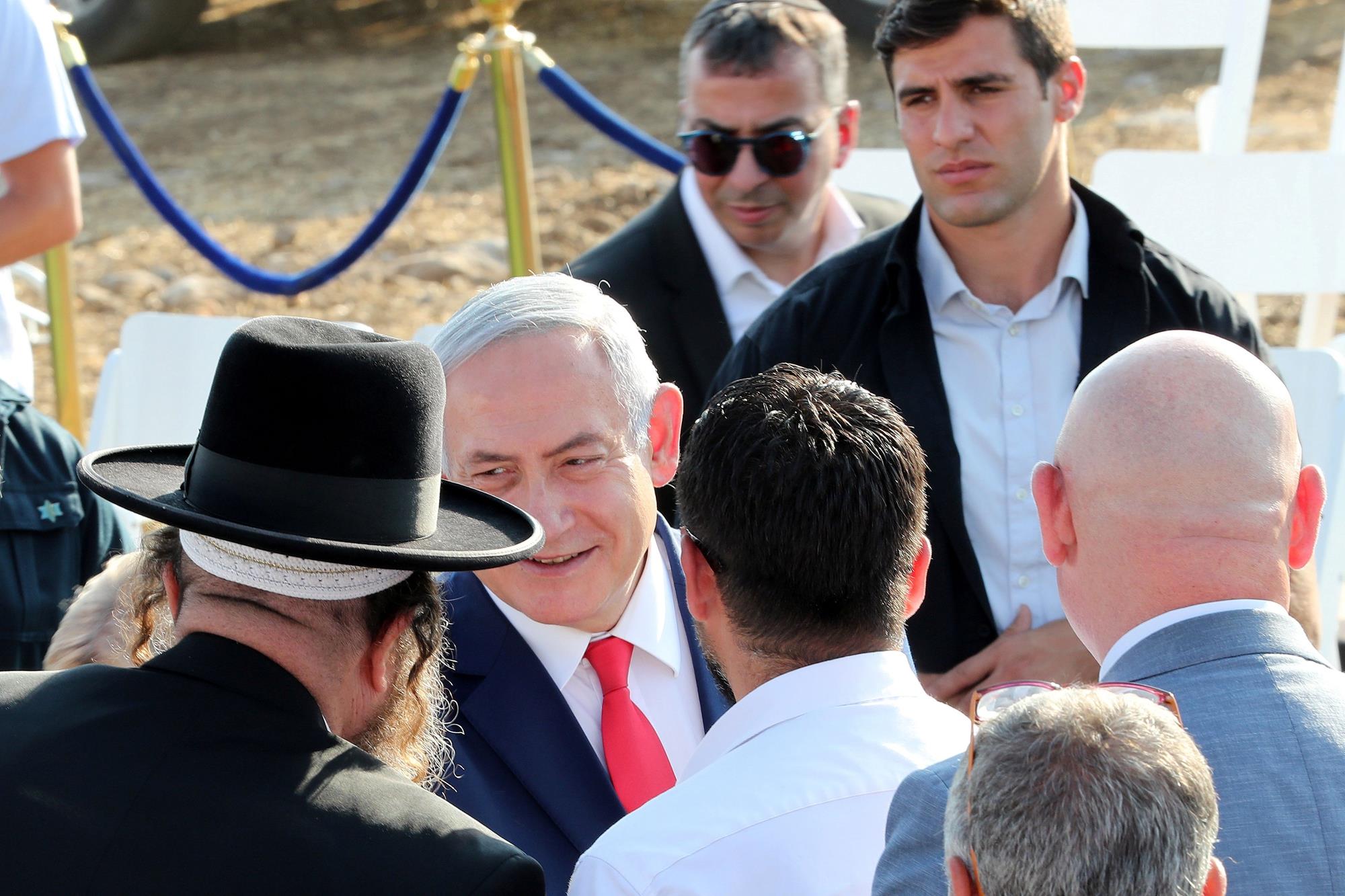