Found in a scenic spot in Maling Mountain Scenic Area in the city of Xinyi, the tracks can help with the study on the distribution and evolution of China's dinosaur groups during the Lower Cretaceous period, according to the team.

The research was conducted by paleontologists from the China University of Geosciences (Beijing), University of Colorado, Yingliang global stone museum and Dexu Institute of Paleontology.

"The dinosaur footprints had been mistaken for the footprints of Li Cunxiao (858-894), a famous general in the late Tang Dynasty (618-907), and the tiger he fought," said Xing Lida, a researcher with the team.

"Three toes of two Sauropod footprints have been lost over the years, making its outline resemble a human foot," he added.

Researchers are now working with the local authorities to protect the rare tracks.

The findings have been published in the academic journal Geological Bulletin of China. 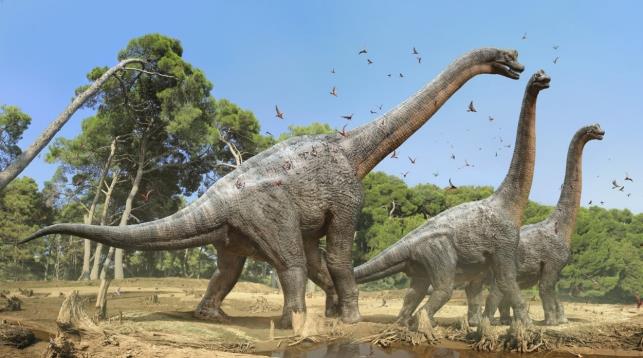