The earthquake hit Changning County of Yibin at 10:55 p.m. Monday (Beijing Time), according to local authorities.

The epicenter, with a depth of 16 km, was monitored at 28.34 degrees north latitude and 104.90 degrees east longitude, according to the China Earthquake Networks Center.

Rescue efforts are under way. The Ministry of Emergency Management has activated an emergency response and sent a work team to the stricken areas to provide guidance in rescue and disaster relief.

The ministry and the National Food and Strategic Reserves Administration have dispatched 5,000 tents, 10,000 folding beds and 20,000 quilts to the quake-hit areas.

A team of rescuers sent by Red Cross Society of Sichuan Province arrived in Shuanghe township of Changning at about 4 a.m. Tuesday.

As of 1 a.m. Tuesday, the quake has caused a major highway connecting Yibin and Xuyong County of Sichuan's Luzhou City to be closed. Some sections of other roads have also been blocked or closed.

The epicenter was monitored at 28.37 degrees north latitude and 104.89 degrees east longitude, the CENC said in an initial report. 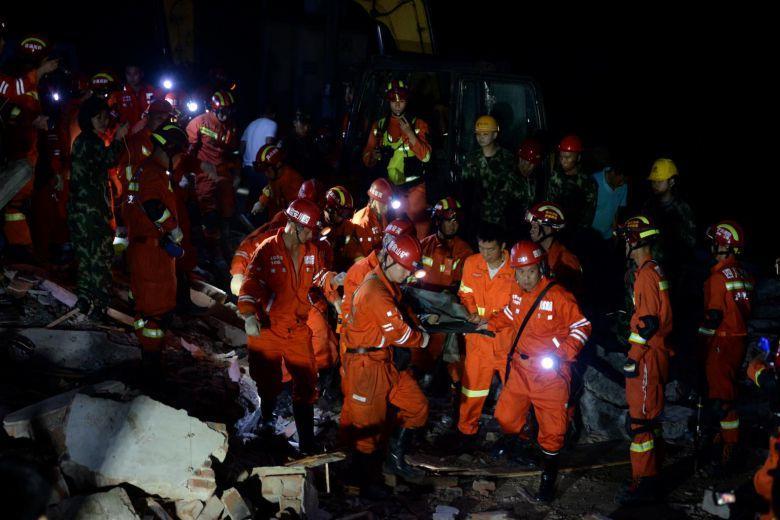