BUCHAREST, June 20 (Xinhua) -- The U.S. tanks on Thursday mistakenly crossed an agricultural area in Romania's southeastern county of Ialomita, resulting in the destruction of some crops, said the Romanian Defense Ministry in a press release.

The affected area was not on the agreed travel route with the local authorities and the economic agents owning land in the area, explained the release.

The U.S. troops, being in training during the ongoing Multinational Exercise Saber Guardian 2019, entered a wrong "battlefield", due to the unfavorable weather conditions.

A joint commission was established with representatives of the Defense Ministry and the U.S. Army to investigate the circumstances in which the incident occurred, according to the same source.

The commission met with the representatives of the local Stelnica Town Hall and the landowners late on the day, for assessing the damages, establishing the compensation amounts and the manner of granting them, in accordance with the national legislation and the bilateral agreements in force, concluded the release.

"Around 13:30, we harvested barley in the fields, when the rumble and smoke signals came from the corn and sunflower fields nearby. We thought there was a fire and quickly ran over, but found the military vehicles running in our fields," said land owner Liviu Mereuta, quoted by local news website stiripesurse.ro.

"I did not know it was a NATO exercise, the people were panicked...We entered the area between the tanks, but they did not notice us. They defied us, they went from the sunflower fields to those of the corn, then to the wheat," he said.

Almost 8,000 soldiers from six countries, namely Albania, Bosnia and Herzegovina, Bulgaria, Romania, Hungary and the United States, participate on June 3-24, in Multinational Exercise Saber Guardian 2019, which is on Bulgarian, Romanian and Hungarian territory. 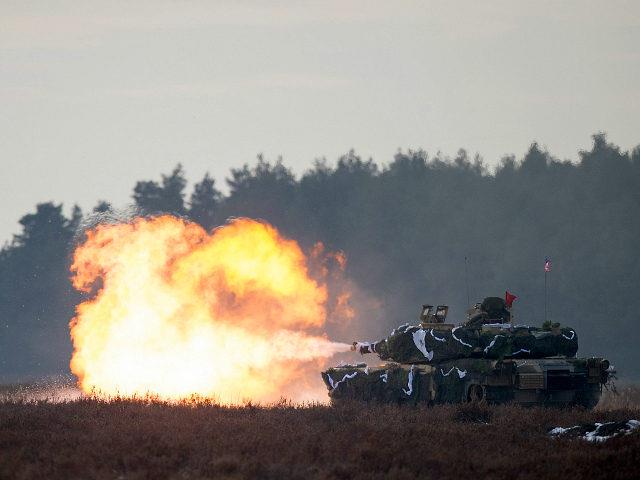