WASHINGTON, June 21 (CGTN) -- U.S. President Donald Trump intends to nominate Mark Esper to be the next Secretary of Defense, the White House said in a statement late Friday.

Esper is expected to takes over as acting defense secretary on Monday following the resignation of Patrick Shanahan.

"Mark Esper, who is a highly respected gentleman with a great career – West Point, Harvard, a tremendous talent – was just named Acting Secretary of Defense," according to the White House citing Trump's remarks on June 18.

James Mattis abruptly quit as defense secretary in December after falling out with Trump over his foreign policies, including surprise decisions to pull troops from Syria and to start planning a drawdown in Afghanistan.

Esper served in the first Gulf War, worked as an aide on Capitol Hill, and spent seven years as vice president for government relations at defense contractor Raytheon.

All the nominations need confirmation by the U.S. Senate. 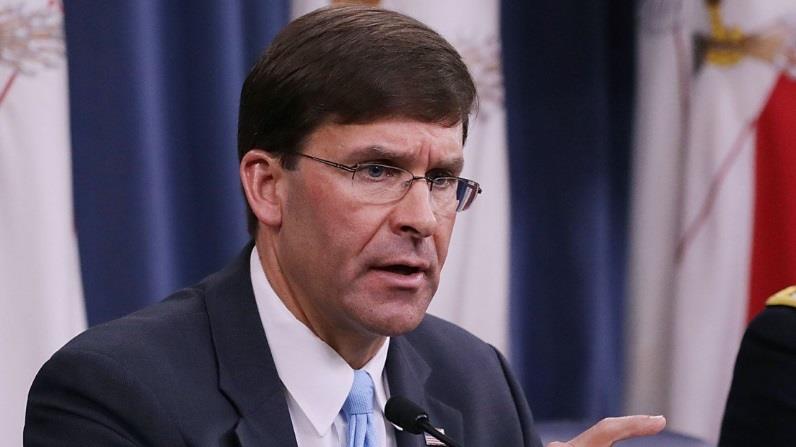