Trump Sees Possibility of Meeting with DPRK Leader in DMZ

SEOUL, June 30 (Xinhua) -- U.S. President Donald Trump said on Sunday that there was a possibility of meeting with Kim Jong Un, top leader of the Democratic People's Republic of Korea (DPRK), in the Demilitarized Zone (DMZ) dividing the two Koreas.

Trump made the televised introductory remarks during a summit in Seoul with South Korean President Moon Jae-in in the presidential Blue House complex, saying there was a possible DMZ meeting with Kim.

The U.S. president said both he and the DPRK leader wanted their DMZ meeting, noting that he looked forward to the possible meeting in the DMZ, which has left the Korean Peninsula divided since the 1950-53 Korean War ended with an armistice.

However, he added that logistics and security for their DMZ meeting were complicated.

Trump invited Kim to meet in the DMZ through his Twitter message Saturday, saying at a press conference in Japan that he would feel comfortable crossing the inter-Korean border into the DPRK territory if Kim showed up.

President Moon said that if the leaders of the DPRK and the United States shake hands in the military demarcation line (MDL) of the peninsula, the handshake itself would become a historic moment.

Moon said he would accompany Trump to the DMZ, but he noted that the main focus would be on talks between the DPRK and the United States.

He expressed his hope for a great progress in dialogue between Trump and Kim. 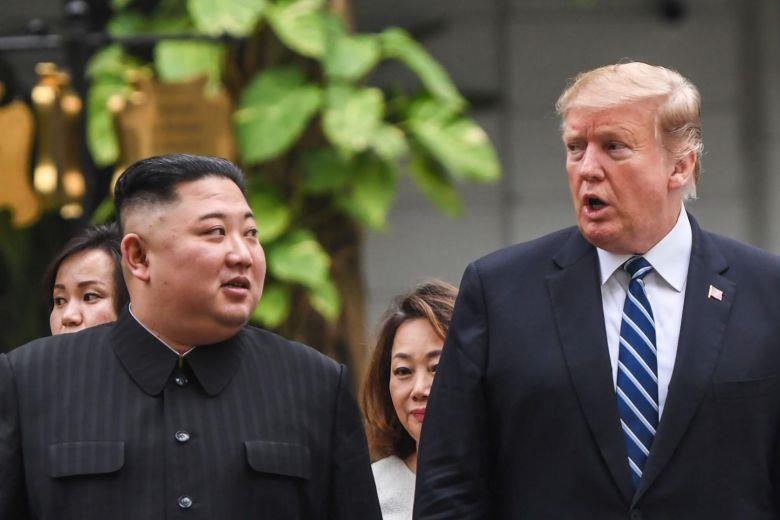