TOKYO, July 10 (Xinhua) -- Japan's Hayabusa2 space probe on Wednesday began its descent to an asteroid called Ryugu about 250 million km from earth where it will collect samples from an artificial crater that may contain water and organic substances, Japan Aerospace Exploration Agency (JAXA) said.

This will be the second time the probe has landed on the asteroid, with the latest landing aimed at collecting debris from a crater made in April by the probe when it fired a projectile at the Ryugu’s surface, the agency said.

Organic substances and water may be contained in the new samples to be collected by Hayabusa2, and along with a number of exploratory activities, JAXA's mission to Ryugu and the probe’s findings are hoped to possibly reveal clues about the solar system’s evolution and possibly the beginning of life itself.

According to JAXA, the probe began its descent at around 11:00 a.m. local time, from a position of 20 km above the asteroid’s surface, at a speed of 40 centimeters per second.

When the probe is five km above Ryugu’s surface on Wednesday night, its speed of descent will be slowed to 10 cm per second, said JAXA. 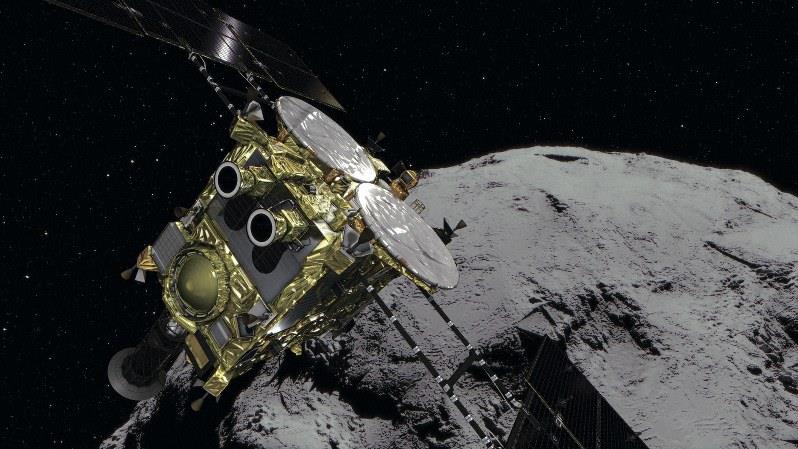