No Need to Overreact to Iran's Nuclear Moves: Chinese Delegate

VIENNA, July 10 (Xinhua) -- The international community should not overreact to Iran's recent nuclear moves because they do not incur any proliferation risks, said Fu Cong, head of the Chinese delegation at an International Atomic Energy Agency (IAEA) Board of Governors meeting on Wednesday.

"We do not, we should not, overreact to the actions taken by Iran, because in our view, these actions do not incur any proliferation risks, and they do not contravene Iran's obligation under the safeguard agreement," said Fu, who is director general of the Department of Arms Control of the Chinese Foreign Ministry.

Fu made the remarks after the 35 members of IAEA board of governors gathered at the IAEA headquarters for a closed-door meeting at the request of the United States.

It was confirmed last week that Iran had exceeded the stockpile of enriched uranium permitted under the 2015 Joint Comprehensive Plan of Action (JCPOA) in response to the U.S. withdrawal from the deal and sanctions against the Gulf country.

"There is no credible reason for Iran to expand its nuclear program, and there is no way to read this as anything other than a crude and transparent attempt to extort payments from the international community," Jackie Wolcott, the U.S. ambassador to the international organizations in Vienna, told the three-hour meeting on Wednesday.

China expressed at the meeting its regret over Iran's exceeding some of the limits under the 2015 nuclear deal, while noting that the current situation came as a result of the U.S. unilateral withdrawal from the Iran nuclear deal and its imposition of unilateral sanctions against Iran.

"This whole meeting started from a very funny situation," Fu noted, "because it is called for by the U.S., a country that withdrew unilaterally from the JCPOA, and it is the U.S. that asked to convene the meeting to discuss the implementation by a member of the JCPOA, so we think it is quite paradoxical."

Kazem Gharib Abadi, the Iranian ambassador to the IAEA, blasted the United States after the meeting, condemning it practicing "economic terrorism" against other countries.

"The sadistic tendency of the United States to use illegal, unilateral sanctions as an instrument to coerce sovereign states and private entities should come to an end," he said.

Mikhail Ulyanov, permanent representative of the Russian Federation to the international organizations in Vienna, issued a statement after the meeting, pointing to the "oddity" that the United States, a country that declared the JCPOA to be a "terrible deal" and "took the path of its destruction" suddenly became aware of its importance and demanded its full implementation.

"In fact, the United States who are refusing to fulfil its own obligations under the nuclear deal lost any right to demand this from others," said the statement.

Fu urged the United States to abandon its maximum pressure policy against Iran and to resume the agreement.

"We are fully committed to the JCPOA, and we are making every effort to implement the commitment we have undertaken under the JCPOA," he said.

"We also believe that the Joint Commission is the right place to discuss issues related to the implementations of JCPOA," he added.

Fu also called on related parties to accelerate efforts and take concrete actions so that Iran could reap the economic benefit promised under the nuclear deal. 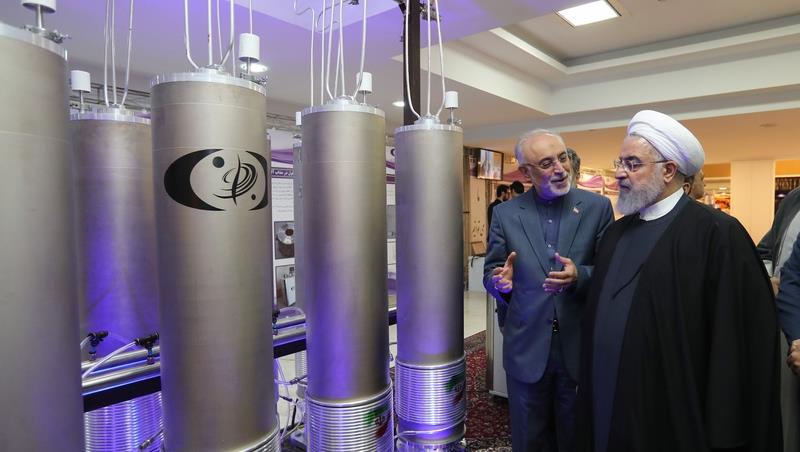