According to the reports, the passenger train was heading to southwest Quetta city from eastern Lahore when it collided with the freight train at the Walhar railway station in Rahim Yar Khan of Punjab province.

Police said several cars of the passenger train, Akbar Express, derailed as a result of the collision.

Following the accident, police along with rescuers rushed to the scene and shifted the injured to nearby hospitals in the area.

Doctors said the death toll might further rise as several among the injured were in critical condition.

The railway traffic has been suspended following the collision. 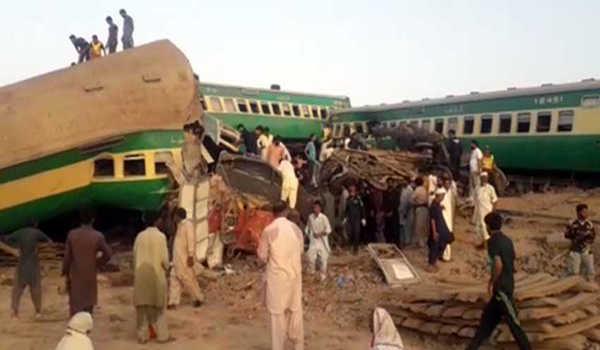