Women and children are among those killed after the blast struck an entrance to the city, according to the UK-based Syrian Observatory for Human Rights war monitoring group. The Observatory and the medical sources said many other people had been injured in the explosion, some very badly.

Afrin lies north of Aleppo near the border with Turkey. The enclave had been controlled by the Kurdish People's Protection Units (YPG) and other allied militia groups until last year when Turkey spearheaded an operation to dislodge the YPG and took control of the city with the help of its allied rebels in northern Syria.

Later in the afternoon, a car bomb exploded in front of a church in the northeast city of Qamishli, injuring eight people, local security forces said. ISIL claimed responsibility for the blast. The bomb went off just as people were leaving a church service at around 5:45 p.m. local time.

Qamishli is mostly controlled by Syrian Democratic Forces, founded by the YPG in late 2015. It's a mixed Kurdish-Arab militia that is supported by the U.S.-led coalition to better incorporate Arabs and minorities into the war effort against ISIL.

While major fighting has died down for now, there is still much insecurity in many parts of Syria, with bombings and other attacks targeting civilians in areas controlled by all sides in the conflict.

In June, a car bomb in Azaz, a town near Afrin also controlled by Turkey-backed rebels, killed at least 10 people when it rocked a busy marketplace on a Ramadan night.

According to Turkish Prime Minister Binali Yildirim last year, there were about 350,000 people from Afrin that found refuge in his country and that Ankara's military offensive on the besieged region in Syrian Kurdistan was meant to return them. 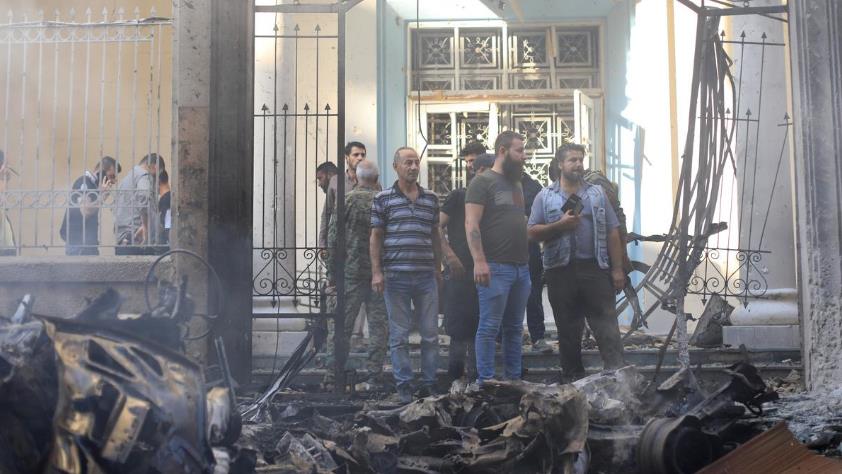